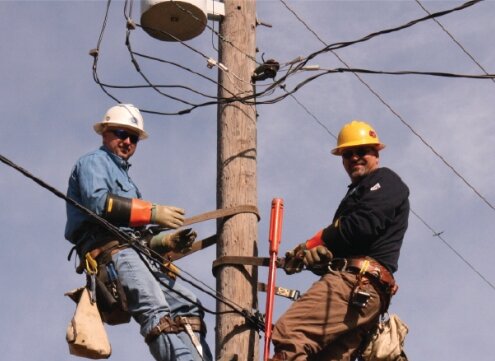 “The acquisition of Kentucky Power and Kentucky TransCo is a continuation of AQN’s disciplined growth strategy, adding to its regulated footprint in the United States,” comments Arun Banskota, president and CEO of AQN. “Kentucky Power offers an opportunity for AQN to utilize its ‘greening the fleet’ capabilities in a complementary and constructive jurisdiction.”

To support the expiry of the Rockport UPA in 2022 and the expected transfer or retirement of Kentucky Power’s 50% ownership interest (representing 780 MW) in the Mitchell facility in 2028, Kentucky Power is expected to have the opportunity to replace these fossil fuel generation sources with renewable generation.

The company has significant experience in “greening” fleets of regulated fossil fuel generation. In 2017, AQN completed the acquisition of The Empire District Electric Company and recently completed a $1.1 billion investment in 600 MW of wind generation to support Empire’s service territory, which included the early retirement of the Asbury Coal Plant. Similarly, at CalPeco, AQN’s electricity utility in California, the company has implemented similar initiatives, investing approximately $132 million in the addition of two utility-scale solar generation facilities in order to provide clean energy for its California customers.