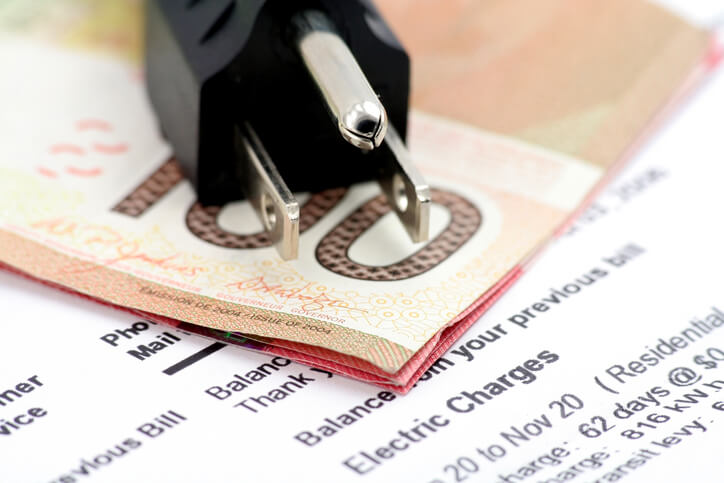 As British Columbia’s New Democratic Party (NDP) government decides whether or not BC Hydro should continue building its multibillion-dollar Site C dam on the Peace River, a recently released study shows new wind energy development is a cost-competitive alternative to the project.

For Canada’s wind energy companies, the analysis is an important confirmation that our industry is a mature and mainstream player in the country’s electricity sector. And it comes in a province that has some of the largest untapped potential for wind energy development in the country.

When B.C.’s previous Liberal government announced in late 2014 that it was going ahead with the 1,100 MW, C$8.8 billion Site C project, it virtually eliminated the opportunity for significant new wind energy in the province in the short to medium term. Site C, combined with efficiency efforts, was expected to meet the bulk of electricity demand growth for the foreseeable future.

When the NDP took power earlier this year, it moved quickly to follow through on a campaign promise to refer the project – which started construction in 2015 – to the province’s energy regulator for review. The British Columbia Utilities Commission (BCUC) launched its inquiry Aug. 9 with a mandate to assess the project’s economic viability in light of current supply-and-demand conditions. The regulator is scheduled to issue its final report on Nov. 1, and at that point, the provincial government will decide whether the project should be completed, paused or completely cancelled.

To ensure the BCUC is working from the most up-to-date information, the Canadian Wind Energy Association (CanWEA) and the Clean Energy Association of B.C. (CEABC) commissioned Power Advisory LLC to provide an independent assessment of the levelized cost of wind, solar, small hydro and battery storage in the province, as well as the relative benefits and risks of these technologies, compared to Site C.

What Power Advisory found is that the estimated levelized cost of wind in B.C. in 2024 – the year Site C is scheduled to begin commercial operations – will be C$68/MWh, with the expectation it will fall another 2%-10% by 2049, while small hydro projects will be C$80-94/MWh.

The estimated cost of Site C’s power, on the other hand, has been something of a moving target. BC Hydro’s original estimate of C$83/MWh was reduced to C$58-61/MWh when the province changed the way it collects dividends from the government-owned utility and reduced the generator’s water rental charges. A separate submission to the BCUC by CEABC clearly identifies a number of reasons why this new estimate is not an accurate reflection of the true cost of Site C power.

In terms of market value, Power Advisory’s analysis found that Site C would produce about 5.1 TWh/year of energy in an average water year. Adding such a large volume of energy to the system relative to forecast net load growth would result in a large surplus of energy, which would likely be exported during off-peak hours when B.C. demand is low. Estimated off-peak electricity prices at the Mid-Columbia trading hub in 2024 will be about US$26/MWh, increasing to about $27/MWh in 2025 and $28/MWh in 2026.

“With the cost of Site C well over twice this, the sale of such surplus energy represents a high cost to B.C. ratepayers and needs to be considered when comparing Site C to alternatives such as the smaller hydroelectric, wind and solar resources evaluated in this report that can be added in increments to better fit load growth and represent less risk to ratepayers,” Power Advisory says.

Smaller-scale renewable energy projects also carry lower development, construction and operating risks – all of which are borne by the independent power producer. With a regulated utility like BC Hydro, project risks are ultimately borne by the ratepayer. That is a significant concern, given that large-scale developments of any kind face costs and risks today that are much different than those of past decades.

As the Power Advisory report shows, risks are painfully apparent when you look at other large Canadian hydro projects. The total cost of the 824 MW Muskrat Falls project in Labrador has jumped 72% from C$7.4 billion to C$12.7 billion, for example, while the 695 MW Keeyask project in Manitoba is projected to come into service 21 months late at a cost of C$8.7 billion, up 34% from its original price tag of C$6.5 billion.

Another potential source of value offered by wind projects is access to renewable energy credits, not available to large hydro generation. In addition, California’s proposed new law targeting 100% renewable energy by 2045, as well as Oregon’s 50% by 2040 renewable energy portfolio standard, offers BC Hydro an opportunity to think about its export product in a new way. We’re already seeing interest in the U.S. Northeast to bundle wind energy with hydro generation to meet state energy needs: Roughly 3.1 GW of Canadian wind projects have placed bids in the 2017 Massachusetts call for 9.45 TWh of clean energy.

The distributed nature of renewable energy projects also produces local economic development benefits, as well as tax and royalty payments made by independent power producers. However, the report says Site C will not return one dollar on equity until 2094.

As for local benefits, a survey conducted earlier this year found that 98% of the 105 B.C. First Nations who responded want to see more opportunity to develop clean energy projects. Nearly half of respondents are involved in the clean energy sector in some way, and 61% said the biggest barrier they face is the lack of opportunity to sell power to BC Hydro.

There are costs associated with adding significant amounts of renewable energy to the grid, and the Power Advisory study sheds new light on what has long been a source of disagreement between BC Hydro and the wind energy industry. In its 2013 Integrated Resource Plan, the utility estimated the cost of integrating wind to range from C$7.49-24.17/MWh. But a scan of neighboring U.S. markets shows integration costs are generally estimated to be below C$6/MWh and can be as low as C$0.50-2/MWh, even at wind capacity penetration levels beyond 40%. BC Hydro’s considerably higher estimates are surprising, says Power Advisory, given that hydro-dominated systems like British Columbia’s “have greater operating flexibility than predominately fossil systems, given the greater ramping and storage capability of many hydroelectric resources.”

At the same time, much has changed since the utility came up with its numbers, including significant increases in wind energy capacity factors and plummeting ancillary services costs. When this new information is plugged into BC Hydro’s own study methodology, estimated wind integration costs are dramatically lower.

So what does all this mean for the future of wind energy in British Columbia? Whatever the final decision on Site C turns out to be, there is no doubt Canada – and the rest of the world – is in the midst of a transition to a low-carbon economy, and there is broad consensus that a significantly increased use of wind energy will be a key element of this transition.

Even though B.C. has a relatively small amount of operating wind capacity – with about 700 MW installed – it also has a well-established network of strong, local developers with cost-competitive, shovel-ready projects in its development pipelines. Although significant uncertainty remains, their path forward is becoming clearer every day.

Jean-François Nolet is vice president of policy and communications at CanWEA. Originally serving as policy manager for Québec and the Atlantic Region starting in May 2008, he now leads the policy team responsible for the development and implementation of CanWEA’s federal and provincial public policy and advocacy activities across the country.