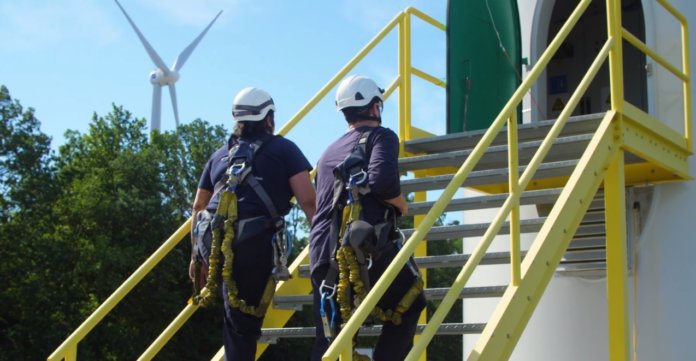 According to a new report by IHS Markit, U.S. wind power operations and maintenance (O&M) annual spending is expected to increase to more than $7.5 billion by 2030, representing a 50% increase above 2018 spending levels.

IHS Markit forecasts continued momentum in new project development, with 2019-2021 capital spending expected to average $14 billion per year. Following this tax-credit-induced surge and the credit expiration that will soon follow, capital spending is expected to slow. The current surge, however, will drive growth in O&M spending during the 2020s. Moreover, the early 2020s will mark a transition in wind industry employment opportunities from construction to O&M jobs.

“Wind operations job growth will be particularly strong in the next decade,” says Michael McNulty, an associate at IHS Markit and the report’s author. “We estimate the number of these jobs in North America to increase from about 6,000 today to nearly 9,000 by 2030.”

Overall employment in the wind power industry is significantly higher.

“Opportunities for wind power plant construction jobs may dwindle for a majority of the next decade,” adds Max Cohen, associate director of IHS Markit. “However, there will certainly be growth in operations and maintenance positions, as well as jobs remaining in segments down the supply chain that are necessary for replacement components and upgrades.”

Looking to the future, however, wind O&M spending and employment growth are expected to be stronger in the Great Plains and upper Midwest states, such as Iowa, Oklahoma, Kansas, Illinois, Colorado and Minnesota. By 2030, these six states will increase annual O&M spending by $1.3 billion.

The IHS Markit study comprises data from more than 340 wind projects, representing 36 GW of capacity and more than 20,000 turbines installed in North America.