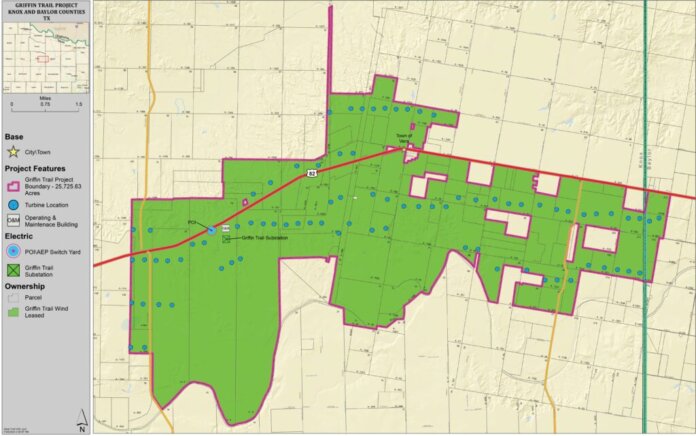 The facility is sited on approximately 26,000 acres of land and consists of 80 GE wind turbines. The renewable energy generated is fed into the ERCOT transmission grid and sold on the spot market.

“Griffin Trail plays an important role in our diversification efforts in Texas,” says Michel Letellier, president and CEO of Innergex. “Not only are we adding a significant 225.6 MW of wind energy to our portfolio in the United States, but since its production will initially be sold entirely on the spot market in Texas, Griffin Trail also further diversifies our sources of revenues in the region.”

The facility is expected to produce a gross estimated long-term average of 831.4 GWh per year.

“The facility allows us to reduce our exposure to power hedges with the added benefit of exposure to higher, scarcity prices,” Letellier continues. “This is another example of Innergex’s commitment to moving away from power hedged financial structures in the state to strengthen our position.”