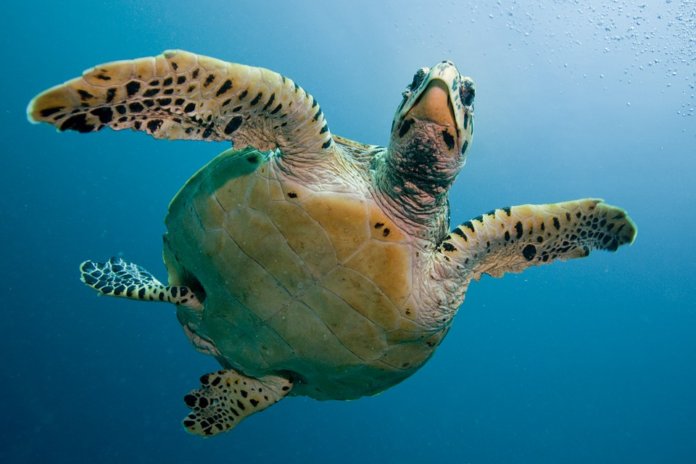 The New York State Energy Research and Development Authority (NYSERDA) and Normandeau Associates have announced that the halfway point has been reached in a comprehensive three-year study of wildlife resources being conducted off the Atlantic Coast.

“Collecting this data is crucial in the state’s effort to provide regulators and offshore wind developers with new scientific data they can use to help avoid the areas that support the richest diversity of marine life,” explains Alicia Barton, president and CEO of NYSERA. “The aerial survey is one of the more than 20 robust studies the state has undertaken to demonstrate carrying out Governor Cuomo’s pledge that the offshore wind resource will be developed in an environmentally responsible manner.”

Halfway through this survey, more than two million ultra-high-resolution images of birds, sharks, sea turtles, fish and marine mammals have been captured, including two blue whales and six North Atlantic right whales. Tens of thousands of birds have been identified, including shearwaters, double-crested cormorants, petrels, gulls, terns and bald eagles. Hundreds of sharks and whales have also been recorded, as well as more than 5,000 dolphins – by far the most common marine mammal in the project.

The research covers the New York Offshore Planning Area (OPA) – about 16,000 square miles of the New York Bight – larger than the state of Maryland. The OPA was identified by NYSERDA as an area of interest for potential development of offshore renewable energy projects.

Data collected in the first year of the project helped support New York State’s effort to identify the area recommended to the Bureau of Ocean Energy Management (BEOM) for consideration for siting new wind energy areas. According to NYSERDA, the area recommended presents the greatest opportunity for cost-effective development and the least conflict to ocean users, including wildlife. The data from the first two years is being used by BOEM in its own assessment, enhancing the understanding of seasonal wildlife distribution.

A total of 12 high-resolution surveys are being conducted off the East Coast by environmental consultant Normandeau Associates in collaboration with APEM Ltd., a firm that specializes in high-resolution offshore aerial surveys. The firm has now completed analysis of the sixth survey, marking the halfway point of the three-year project.

APEM is using the Shearwater III, the company’s high-resolution camera system. Each pixel corresponds to 1.5 centimeters on the ocean surface. Once downloaded, each of the thousands of survey photographs is digitally processed to allow it to be viewed for the screening process. If an image is found to contain a point of interest, that target is extracted for further analysis so that taxonomists can identify the species before adding that result to the survey totals.

Julia Robinson Willmott, senior ornithologist at Normandeau, says, “We are able to map each animal very precisely, including determining the flight heights of birds. Some of the interesting behavior we have observed includes predatory sharks controlling the configuration of large fish shoals.”

The findings from the surveys are accessible to the public in near-real-time via a website set up by Normandeau. As analysis of the data progresses, results are uploaded to an interactive website daily.