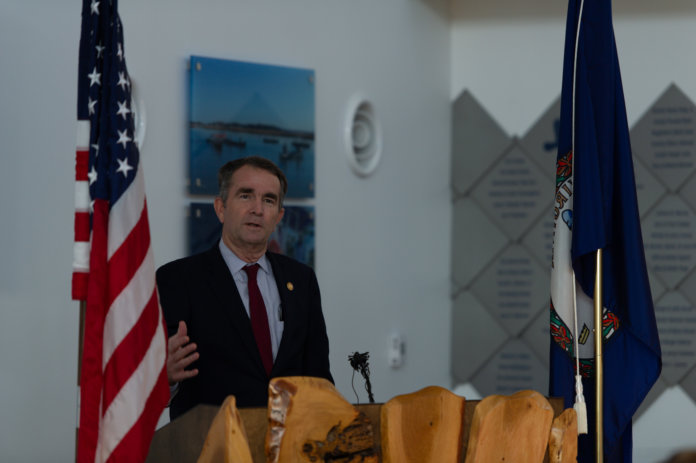 As a part of Gov. Ralph Northam’s new budget for Virginia, the commonwealth will see the establishment of the Office of Offshore Wind – a first for Virginia.

The budget will also earmark up to $40 million to upgrade the Portsmouth Marine Terminal, which will help secure new investments in the offshore wind supply chain. These investments are aimed at ensuring Virginia achieves its goal of 2.5 GW of energy generated from offshore wind by 2026.

“In Virginia, we are proving that a clean environment and a strong economy go hand-in-hand – and having both is what makes our commonwealth such a great place to live, work and play,” Northam says.

“The proposed investments in clean energy financing and the first office of offshore wind will create new business opportunities, expand customer access to renewable energy, and spark high-demand jobs of the 21st century,” adds Secretary of Commerce and Trade Brian Ball. “Likewise, the investments at Portsmouth Marine Terminal will enable the commonwealth to attract new economic investment from the offshore wind industry, which is pivotal as we work to diversify the economy in Hampton Roads.”

Liz Burdock, president and CEO of the Business Network for Offshore Wind, says Virginia is making the right moves.

“Governor Northam’s creation of a new Office of Offshore Wind is a coordinated approach that ensures successful economic development through the attraction of the foreign and domestic investment needed to build a fully functioning supply chain,” she says. “We have seen this approach work in other areas around the world.

“The state’s $40 million investment in the Portsmouth Marine Terminal is the other key element to success.”