Vestas will provide 76 V236-15.0 MW turbines for the Baltic Power project which is located 23 kilometers off the coast of the Polish Baltic Sea shoreline, near Łeba. Once completed, this will be the largest wind project in Poland.

“We are very proud to collaborate with PKN ORLEN and Northland Power on this landmark project for Poland, which has progressed thanks to all involved actors, including the Polish authorities. We aim to leverage our extensive experience and market leadership in the Polish wind energy sector, where Vestas has installed more than 3.9 GW of onshore wind turbines,” says Nils de Baar, president of Vestas Northern and Central Europe. “The Baltic Power Offshore Wind Project underlines Vestas’ leading role in supporting countries on their path towards greener and safer economies”.

“The construction of Baltic Power represents one of Poland’s first offshore wind farms and is currently one of the most important projects implemented by the ORLEN Group,” stresses Daniel Obajtek, President of the PKN ORLEN Management Board. “Commercial operations are expected to begin in 2026 and will strengthen the energy security of the Polish economy. We want to use the knowledge and experience gained in the Baltic Power project to implement further investments in the Baltic Sea. When selecting cooperation partners, we pay attention to how their involvement will translate not only into our project but also into building a local value chain for the entire offshore wind energy sector.”

“This announcement reflects an important milestone in the development process as the project works towards the start of construction in 2024,” comments Mike Crawley, Northland’s president and CEO. “By signing the contract, we have created the foundation for realizing the Baltic Power Wind Farm jointly with PKN ORLEN. We are very proud to partner with PKN ORLEN and the broader dedicated team to progress the project forward. Once complete, Baltic Power will represent a cornerstone of Poland’s energy transition.” 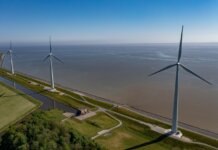