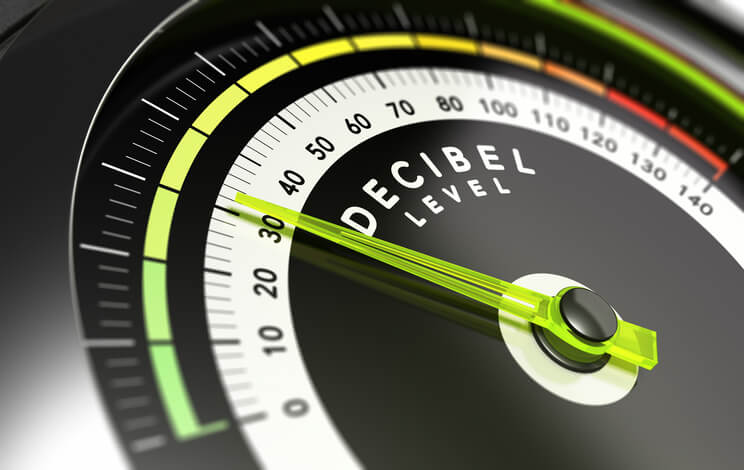 The Vermont Public Service Board has rolled out a new proposal for standards regarding wind turbine sound levels – which some fear could hinder the future of wind energy in the state.

According to the Public Service Board, a June 2016 law required the board to adopt turbine noise rules before July 1 of this year. Following a request for proposals, several workshops and hearings, and public-comment periods, the final proposed rule was submitted to the Secretary of State and Legislative Committee on Administrative Rules this week.

Under the final proposal, projects cannot exceed 42 decibels (dBA) “more than five percent of the time at a distance of 100 feet from the residence of a non-participating landowner.” However, for projects more than 150 kW, the level is set to 39 dBA between the hours of 9:00 p.m. and 7:00 a.m.

The board notes that it had originally proposed a level of 35 dBA for nighttime operations, but due to “well over 100 comments” stating that this level would be “too restrictive,” it was upped to 39 dBA.

In addition, the board has proposed a setback requirement for larger wind turbines: “[A]ll turbines and sound-producing equipment located within the footprint of the turbine array [must be] a horizontal distance of at least 10 times the height of the turbines – with a blade tip in its vertical position – from the nearest residence of a non-participating landowner.” In other words, if a turbine measures 500 feet, it would have to situated 5,000 feet from a residence – i.e., nearly a mile away.

However, the rule makes things less stringent for developers with turbines up to 50 kW in capacity:

“For these turbines, there is no minimum setback requirement or a requirement for sound monitoring post-construction. Instead, petitions for small turbines must include certain certification documents regarding the sound levels produced by these turbines and a simplified demonstration that sound pressure levels at the closest residence will be within the applicable limit.”

In addition, “with respect to setbacks for large turbines,” the board says, it plans to offer a waiver system to allow for facilities to be situated closer to residences – as long as the developer can prove the turbine “would meet the applicable standards at a lesser distance due to unique terrain features or future improvements in turbine technology.”

Renewable Energy Vermont (REV), which says the rule could “effectively ban future wind energy generation in Vermont,” points out decibel levels for common noises. According to the group, a “soft whisper” is measured at 30 dBA, and rainfall or a refrigerator is measured at 50 dBA.

REV also argues that the “unprecedented standards are not grounded in peer-reviewed science” and that they set an “impracticable and lower sound level than any other state and Canada.”

“We could power more than half of Vermont’s homes with cost-effective wind energy and grow our economy – but not under these proposed rules,” the group says in a statement. “The latest proposed regulations set unreasonable requirements on farmers and landowners interested in helping lower our electricity costs with pollution-free community and utility wind projects.”

The group cites Vermont resident Esther Weber, who lives one mile from the Kingdom Community Wind Project, as being a big wind fan and not taking issue with the noise:

“I love the wind turbines. All my life I’ve thought, ‘How wonderful it would be if we could harness our natural resources to produce energy,’ and I was so thrilled when I heard there will be wind towers on our mountain … It’s a big bonus to have tax relief, and it’s a bigger bonus to have them on the mountain doing good … You have to listen hard to hear them at all.”

In a public comment made on May 11, Waitsfield, Vt.-based Aegis Renewable Energy Inc. argued that the rule “ostracizes the wind industry by requiring wind turbines to operate at much lower sound levels than the majority of existing infrastructure in Vermont.”

However, in its own comment on the proposed rule, the board maintained that the rule is “appropriately protective of the quality of life for Vermonters who must live near wind facilities that are sited in their communities.” In particular, the board believes the siting requirements “reflect appropriate consideration of the aesthetic impacts of the sound emissions from wind generation facilities, particularly in light of the rural character of Vermont.”

Cape Cod Commission Wind Turbine Setbacks 10X Massachusetts https://plus.google.com/110428618913389869063/posts/AvqvsLpojHv Cape Cod Commission –Wind Turbine Update April 2011 Example : Each blade is 150 feet long plus the nacelle . The total diameter is over 300 feet. 10x the diameter is 3000 feet . “MPS E1.8 – NoiseAll Applicants for a WECF greater than 660 KW shall perform a noise study and fund a Cape Cod Commission approved consultant’s review of the noise study, and adhere to a setback of 10 times the rotor diameter of the proposed turbine from the nearest receptor, or residentially zoned parcel,” Approved Amendments to Regional… Read more »