Six ocean engineering students at the University of Rhode Island (URI) have developed an acoustic device that detects the sounds made by whales and other marine mammals in the vicinity of the Block Island Wind Farm.

The invention was created for the students’ senior capstone design class, a yearlong project that requires students to call upon all of the skills and knowledge they learned during their college careers.

“What we were trying to do was detect marine mammals acoustically, using a hydrophone underwater that listens for the sounds of marine mammals, then sends those sounds to a server we have on campus, and we can listen to them live or record them,” says Puk.

The students worked off a prototype created by another team last year.

“We didn’t know anything about how they did last year’s project,” says Connelly. “So we had to take it and figure out what they did. We had to research the software code they used and figure out why they coded it the way they did.

“Last year’s system was also designed for use on the Narrow River, where there’s hardly any current or waves,” he adds. “We had to make it an ocean-going system and make sure all the electronics were secured on board so it would last through big storms.”

In November, the students traveled to the offshore wind farm to collect baseline measurements of the underwater noise in the vicinity and to determine the optimal location to place their device.

“We knew that the further offshore we went, the better it would be to hear marine mammals,” explains Fullmer, “but we also had to be within range of the Verizon cell network. And we had to make sure it would work using the cell network over satellite internet – because it’s way cheaper that way.”

After spending the winter engineering the elements of the device and the communications platform, they deployed two units in Block Island Sound for two weeks in late March and early April. They retrieved them from aboard the R/V Endeavor on April 12. They also collected oceanographic measurements and samples of the seafloor sediments to better understand the environment from which the device was operating.

“We heard a lot of dolphins and some sei whales, which were confirmed by people at the Navy,” says Read. “We might have detected a fin whale, too, though we need to get that one confirmed. And there were a couple of other unknown sounds that we have to look into a little more. There was a sound file every minute for two weeks, times two because we had two units, so we haven’t had time to go through all the data yet.” 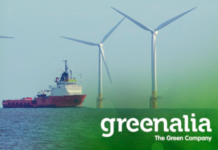 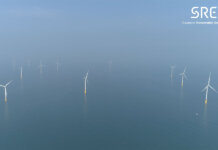