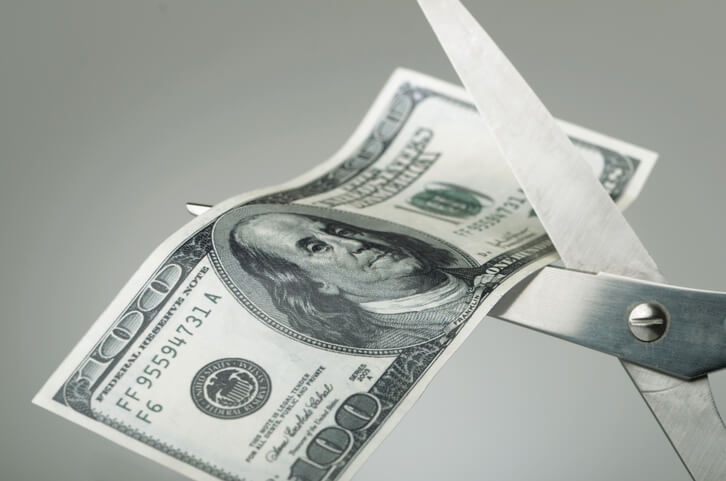 President Donald Trump has released his fiscal year 2018 budget proposal, which includes cuts to the U.S. Department of Energy (DOE) and Environmental Protection Agency (EPA). Unsurprisingly, many clean energy and environmental advocacy groups are speaking out in response to the proposal, which, as pointed out by the Sierra Club, slashes the EPA’s budget by a whopping one-third.

According to a DOE fact sheet, the president is requesting $28.0 billion for the DOE to “make key investments in science and technology innovation that support its missions in nuclear security, basic scientific research, energy innovation and security, and environmental cleanup.”

A press release from the DOE says this includes $6.4 billion for science and energy research and development (R&D) programs, featuring a “renewed focus on cutting-edge innovation and early-stage R&D.”

For energy in particular, the budget would provide $2.2 billion, which is $2.4 billion below the FY 2016 enacted level, the DOE points out. This would be for “energy programs that enhance U.S. security and economic growth through transformative science, technology innovation and market solutions to meet the nation’s energy challenges.”

“This budget delivers on the promise to reprioritize spending in order to carry out DOE’s core functions efficiently and effectively while also being fiscally responsible and respectful to the American taxpayer,” states Rick Perry, secretary of the DOE, in a statement. “It reflects the importance of strengthening our nuclear capabilities and places an emphasis on early-stage energy technology research and development. As we refocus resources, we will continue to utilize our national laboratories for cutting-edge science in order to improve both our energy and national security.”

For the EPA, the budget would include $5.655 billion to “help the agency protect human health and the environment,” the agency says in a release. With a 31% cut from the FY 2017 annualized continuing resolution and a 30% cut from the FY 2017 enacted budget, the proposal “aims to reduce redundancies and inefficiencies and prioritize EPA’s core statutory mission of providing Americans with clean air, land and water,” the release explains.

“The president’s budget respects the American taxpayer,” says Scott Pruitt, EPA administrator, in a statement. “This budget supports EPA’s highest priorities with federal funding for priority work in infrastructure, air and water quality, and ensuring the safety of chemicals in the marketplace.”

In response to Trump’s proposals, Michael Brune, executive director of the Sierra Club, says in a release, “This budget will make our families sick while making corporate polluters rich. Trump’s budget is rigged for billionaires and CEOs, making deep and painful cuts that sell out our public lands, decimate programs that protect the health of our families and communities, and put family-sustaining clean energy jobs at risk – just to boost the profits of corporate polluters.”

In addition, he points out that the budget “slashes nearly all funding for climate action and climate science research.”

“The American people are watching, and they will continue to demand that their voices are heard as Congress sets funding priorities for our government,” he continues. “Congress needs to stand up for our families and reject any cuts to programs that would that put our children at risk.”

Further, David Levine, co-founder and CEO of the American Sustainable Business Council, argues that the budget cuts could “seriously impair America’s global competitiveness while China and the EU ramp up their commitments to a low-carbon future.”

“As a result,” he says in a statement, “American businesses will lose market share, thus depressing domestic job growth. The proposed cuts to EPA and DOE put at risk the nation’s water and air resources, which thousands of businesses depend upon to operate their companies successfully. The proposed cuts in federal energy R&D, climate mitigation efforts and water quality are extremely short-sighted. They will impair American innovation, exacerbate the nation’s ability to prepare for the costly effects of climate change, and overburden state and local officials – thus raising business taxes.”

U.S. Sen. Edward J. Markey, D-Mass., who recently co-sponsored an offshore wind incentive bill, says in a release that “scientific research and development will be hobbled” under the budget – in turn, “endangering America’s global competitiveness.”

“The Trump budget represents a full-scale retreat from American leadership in the global clean energy race,” he warns. “Without investments in new and innovative energy technologies at the Department of Energy and National Science Foundation, the Trump administration will hand over clean energy jobs to China, India and the European Union.”

Lastly, Ken Kimmell, president of the Union of Concerned Scientists and former commissioner of the Massachusetts Department of Environmental Protection, says the budget “takes a wrecking ball to agencies that protect our health, safety and environment.”

“I also know from my experience heading a state environmental agency that states have neither the funds nor the staff to pick up the slack when federal enforcement is decimated,” he says in a statement.

Though the DOE “has an office that’s breaking new ground on advanced energy technologies that could boost the U.S. economy significantly,” Kimmell argues, “the president doesn’t have the foresight to see the benefit of these types of programs.”

“We need a budget that takes us forward, not backwards. Members of Congress should oppose this budget and ensure that agencies in charge of keeping American families safe and healthy have the funding to do their jobs,” he adds.

Tom Kiernan, CEO of the American Wind Energy Association, has also chimed in on the proposal:

“While the administration’s 2018 budget proposes many changes, thanks to strong bipartisan leadership and support in Congress, we believe the program has the support it needs for greater funding of wind energy research and development. Over 100,000 jobs are now supported by American wind power, including manufacturing jobs across the Rust Belt, and billions are being invested in rural America. Funding for cost-saving research efforts, like those housed in the Department of Energy’s Office of Energy Efficiency and Renewable Energy, helps advance wind energy technology in a way that translates into more well-paying jobs and more savings for American homeowners and businesses.”