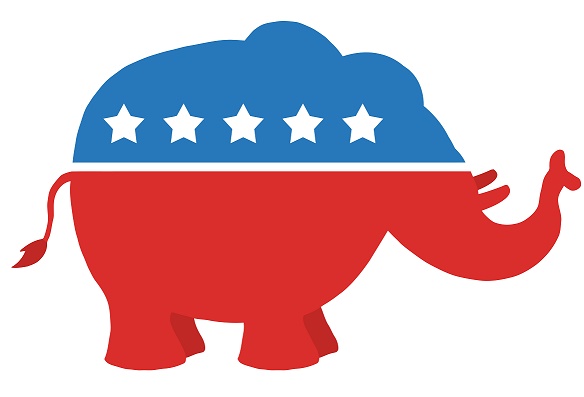 Having secured more than the necessary 270 electoral votes, Republican presidential nominee Donald Trump was elected the next president of the U.S. early this morning.

According to CNN – which, as of press time, has tallied 92% of the popular votes so far – Democratic nominee Hillary Clinton, however, has edged out Trump in the popular vote by 0.2%.

And as for both houses of Congress, the Republicans will take control, as well as maintain 33 governorships.

In turn, clean energy groups have spoken out in response to the surprising victory of Trump, who has vowed to “unleash an energy revolution that will bring vast new wealth to our country,” which includes “unleash[ing] America’s $50 trillion in untapped shale, oil and natural gas reserves, plus hundreds of years in clean coal reserves.” In addition, he has announced his intentions for the U.S. to withdraw from the historic Paris Agreement and has called for ending the Obama administration’s Clean Power Plan.

Steven L. Leifer, a partner at law firm Baker Botts LLP, as well as the firm’s environmental department chair, says the new president “is likely to have a considerable impact on U.S. environmental policy,” considering Trump “has made no secret of his belief that American business is overregulated.”

“President-elect Trump has said he will cut funding to the Environmental Protection Agency and roll back several recent EPA initiatives, including the Clean Power Plan and the Waters of the United States rule,” Leifer says in a statement.

“He has said that there is too much frivolous litigation by environmental groups, and thus we may see efforts to shift enforcement of the coal ash rule out of the hands of private parties and into the purview of state regulatory agencies,” he explains.

The American Wind Energy Association (AWEA) says it stands ready to work with Trump and his administration “to assure that wind power continues to be a vibrant part of the U.S. economy.”

Citing Trump, AWEA says in a statement that the president-elect himself has said, “We can pursue all forms of energy. This includes renewable energies and the technologies of the future.”

Thus, AWEA says it “look[s] forward to working with him and his appointees to make sure they recognize that wind is working very well in America today as a mainstream energy source.”

Tom Kimbis, interim president of the Solar Energy Industries Association (SEIA), keeps it brief by congratulating Trump “for his victory in this historic election.”

In a statement, he maintains that the solar industry, which is “creating thousands of jobs and billions of dollars in investments across American communities,” will continue to thrive.

“SEIA’s 1,000 member companies – the great majority of which are small businesses – will continue to innovate and provide clean, competitive, reliable and affordable energy for all Americans,” he says.

May Boeve, executive director of 350.org, a nonprofit group dedicated to climate change action, says although the election is a “disaster,” it will not “be the end of the international climate process.”

“We’re not giving up the fight – and neither should the international community,” Boeve says in a statement.

“Trump will try and slam the brakes on climate action, which means we need to throw all of our weight on the accelerator. In the United States, the climate movement will put everything on the line to protect the progress we’ve made and continue to push for bold action,” Boeve continues.

“We need the rest of the world to charge ahead and look beyond the White House to partner with civil society, businesses and local governments who are still committed to climate action. Our work becomes much harder now, but it’s not impossible, and we refuse to give up hope.”

Joshua Davidson, another partner at Baker Botts, notes that the Obama administration has been “vocal in its criticism and aggressive in its regulation of the oil and gas and coal industries while promoting the development of certain forms of renewable or clean energy.”

However, he says, Trump’s administration “would likely slow or reverse the adoption of measures that restrict the domestic development and use of fossil fuels in the interest of protecting jobs and reducing the cost of energy.”

Speaking on Trump’s wanting the U.S. to exit the Paris Agreement, Christian Aid, a U.K. charity fighting poverty, says in a press release that “any attempts by [Trump] to bury his head in the sand over climate change will harm American interests and be an act of economic self-sabotage.”

“Last year’s Paris Agreement showed [that] the world was united in its concern about climate change and its commitment to decarbonizing the global economy,” says Mohamed Adow, the group’s international climate lead. “The rest of the world will not risk a global climate catastrophe because of one man’s opposition.”

“On a practical point,” Adow points out, “now that the Paris Agreement has come into force, no country can easily withdraw for at least three years.”

In a prepared statement, Michael Brune, executive director of the Sierra Club, notes that it would be “extraordinarily difficult” for Trump to withdraw the U.S. from the global agreement.

“His position is already causing international blowback abroad and in very pointed ways that are in some respects unprecedented,” he says.

Advanced Energy Economy (AEE), which describes itself as a “national association of businesses that are making the energy we use secure, clean and affordable,” says it plans to send to the Transition Team for President-Elect Trump a memo outlining ways to “usher in a new era of secure, clean affordable energy.”

As the new administration prepares to take office, AEE says it is providing recommendations to spur private investment, support job creation, improve grid reliability and drive down costs for consumers.

In its memo, AEE presents three key themes for the Transition Team to consider: modernize the electric power system as part of rebuilding the nation’s infrastructure, transform utility business models to speed up power system progress and allow all technologies to compete in order to achieve objectives. (The full memo can be downloaded here.)

Graham Richard, CEO of AEE, says in a statement, “The advanced energy industry can contribute to the many urgent needs facing our country, and we look forward to working with President Trump to deliver an advanced energy future for the nation.”

“If Trump does try to undermine climate action,” adds the Sierra Club’s Brune, “he will run headlong into an organized mass of people who will fight him in the courts, in the states, in the marketplace and in the streets.

“Meanwhile, you can be absolutely sure that environmental advocates will continue to speak out and defend essential clean air, clean water and other environmental protections when they come under attack by a Trump administration, as they most certainly will – except we will be louder than ever before.”