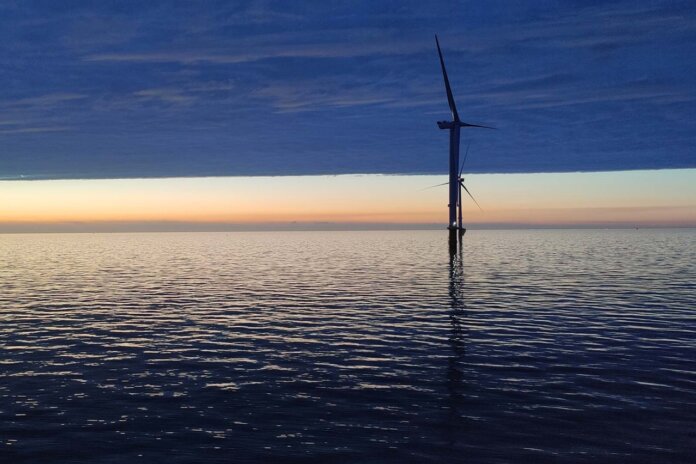 RWE, a German multinational energy company, says it has taken a significant step toward achieving full power at its Triton Knoll Offshore Wind Farm with the first generation of electricity.

The generation milestone follows the successful delivery of onshore and offshore electrical infrastructure. The RWE-led Triton Knoll project began successfully installing its 90 offshore wind turbines in January and has since completed the required commissioning activities on the project’s transmission system to enable the export of power to the U.K. grid for the first time.

“Achieving first power at Triton Knoll reinforces our position as a player in offshore wind and demonstrates our commitment to helping deliver the U.K.’s ambition to grow offshore wind capacity to 40 GW by 2030,” says Tom Glover, COO of RWE Renewables. “The milestone is the result of many years’ collaboration with our local and national supply chain partners and local communities with whom we have worked hard to deliver local benefits, jobs and investments.”

The Triton Knoll Offshore Wind Farm is located over 32 km off of the U.K.’s Lincolnshire coast. It is jointly owned by RWE (59%), J-Power (25%) and Kansai Electric Power (16%) – with RWE leading both the wind farm’s construction and the long-term operation and maintenance works on behalf of the project partners. Total planned investment volume amounts to approximately £2 billion.

First-generation is being followed by a period of rigorous testing and commissioning while the project continues to install the remainder of its 90 Vestas V164-9.5 MW turbines. All turbines are being handled at Able Seaton Port in Teesside where RWE, through Triton Knoll, has invested in establishing new turbine handling capabilities at the port for the first time in its history. Further investments in the region also include the creation of a new, multi-million-pound operations base in Grimsby, which will generate up to 70 new, skilled jobs locally.

Vestas’ Isle of Wight and Fawley blade facilities manufactured the V164-9.5 MW turbines. Installation is being carried out by DEME, using the jack-up vessel Wind Osprey, provided by Cadeler.

With complete turbine commissioning due later in the year and final project completion expected in early 2022, Triton Knoll will have an installed capacity of 857 MW.