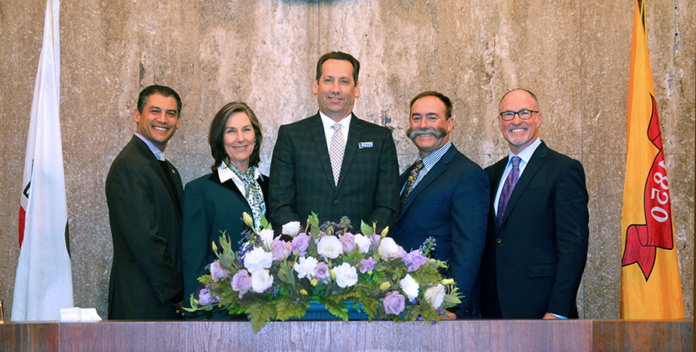 According to recent coverage from edhat Santa Barbara, the 98 MW Strauss Wind Project has been approved by the Santa Barbara County Board of Supervisors for construction in Lompoc, Calif.

The project, which is reportedly being built by renewable energy company BayWa r.e., had been the subject of three appeals filed by neighbors and surrounding affiliates who were concerned about the harmful effects that the wind farm could have on the landscape and wildlife in the region.

edhat Santa Barbara reports that the Strauss Wind Project will be the first wind farm constructed in Santa Barbara County.  The reporting goes on to say that the project is planning to utilize 29 wind turbines in its construction. The project will create approximately $40 million in tax revenue over its 30-year projected operation.

The publication says construction on the Strauss Wind Project is set to begin in early 2020.

Photo: The Santa Barbara County Board of Supervisors