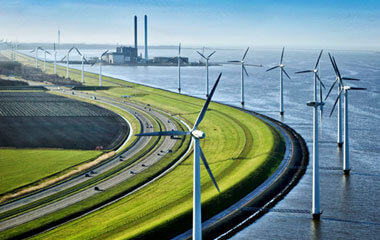 The 2020 target for the North and Baltic Sea is a total of 6.5 GW; TenneT’s current 12-grid connection system for energy transmission delivers a total capacity of 7,132 MW.

“We are pleased that we have already achieved the goal set by the federal government ahead of schedule,” says Tim Meyerjürgens, managing director of TenneT. “With the three other offshore grid connections currently being implemented, we will be capable of delivering 10,000 MW of transmission capacity from the North Sea in 2025. We are pushing ahead with grid expansion on land just as rigorously because this holistic approach is the key to a successful energy transition.”

“Together with our European partners, we are pursuing a modular, step-by-step approach, which will later include a combination with power-to-gas systems. This is not science fiction: The first hub with a capacity of 10 to 15 GW could go into operation in the early 2030s,” adds Meyerjürgens.

TenneT is currently developing the North Sea Wind Power Hubs, which will open up to 180 GW of offshore wind energy by 2045 and interconnect the grids of the countries bordering on the North Sea.