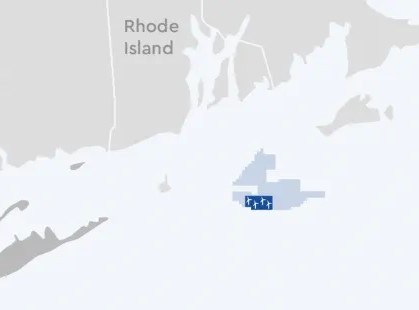 South Fork Wind, a joint venture offshore wind project developed by Ørsted and Eversource, has signed an agreement with environmental organizations to further enhance measures designed to protect the North Atlantic right whale during construction and operation of the offshore wind farm.

The agreement with the National Wildlife Federation (NWF), Natural Resources Defense Council (NRDC) and Conservation Law Foundation (CLF) expands on the commitment from Ørsted and Eversource to responsibly build clean energy projects while minimizing and mitigating impacts to marine wildlife and critical habitat.

“In order to address the climate crisis, we need the offshore wind industry to grow and thrive,” states Alison Chase, a senior policy analyst at NRDC. “Measures like these by South Fork Wind to avoid, minimize and mitigate impacts on the North Atlantic right whale are key to ensuring offshore wind development is done in a smart way that protects our valuable and vulnerable wildlife. We don’t need to choose between clean energy development and wildlife protection, and this agreement shows how we can do both.”

North Atlantic right whales are one of the most endangered whales on the planet and scientists estimate that fewer than 340 remain. South Fork Wind has committed to measures that will help protect these whales in the project area, where their habitat is increasingly threatened by climate change. For example, South Fork Wind will adopt a suite of monitoring measures to help ensure right whales are not in close proximity to the construction site during construction activities, implement mitigation to reduce noise during piling, and evaluate other new monitoring technologies as part of the agreement. To guard against vessel strikes, the agreement also includes a 10-knot speed limit for all project-related vessels unless an effective adaptive speed management plan is in place.

“As the world’s most sustainable energy company, we’re proud to be developing a project that helps address the climate threat by producing green electrons and doing so in a responsible way,” says Rob Mastria, project development director of South Fork Wind for Ørsted. “This agreement enhances our existing ability to protect marine life based on 30 years of experience building and operating offshore wind farms, while trialing new technologies that will further strengthen our ability to both combat the threat of climate change and build projects that coexist with our eco-system.”

In addition to these mitigation measures, South Fork Wind will test advanced technologies that detect and have the potential to track whales, including thermal cameras, acoustic sensors and data integration software. With added scientific understanding of North Atlantic right whale movements in response to factors like climate change, South Fork Wind will be well-equipped to adapt mitigation measures in response to evolving science.

South Fork Wind will be a pilot program for these provisions, and the companies may use them in future projects.

“This agreement will further ensure that clean, renewable offshore wind energy and the North Atlantic right whale will co-exist together, as we continue to deliver on our promise of fighting climate change,” comments Julia Bovey, director of offshore wind external affairs at Eversource Energy. “South Fork Wind will play a key role in limiting the long-term damage that carbon pollution is causing to our environment and marine animals, reducing emissions by an estimated six million tons over the lifetime of the project. We look forward to working with our partners in the conservation community as we look for additional ways to ensure that offshore wind is built sustainably.”

The NWF, NRDC and CLF are working to advance offshore wind energy as a key resource to combat climate change, aiming to establish the industry in a way that includes protections for vulnerable marine life and habitat. The groups are working across sectors to address impacts to critically endangered North Atlantic right whales, which face serious threats from entanglement in fishing gear and vessel collisions, and shifting prey and habitat availability due to climate change.

“Responsibly developed offshore wind power is a vital component of our transition to a clean energy economy. To help build an energy future that prioritizes the health and well-being of wildlife and communities alike, America’s pursuit of this critical climate solution must be guided by robust stakeholder input and scientific integrity,” adds Amber Hewett, offshore wind program director at the National Wildlife Federation. “This agreement is a huge win for wildlife, and we are so proud to work with our partners to protect species like the critically endangered North Atlantic right whale as offshore wind energy continues to build momentum in the United States.”

“Offshore wind is a crucial element of our nation’s strategy to address the climate crisis, but it must be done in a way that protects vital ocean wildlife and habitat,” says Dr. Priscilla Brooks, director of ocean conservation at CLF. “With fewer than 350 critically endangered right whales remaining on earth, every loss is a tragedy. The vessel speed restrictions and adaptive management measures agreed to by South Fork Wind will go a long way toward protecting these whales from being injured or killed by project vessels.”

“This agreement marks a major milestone in the responsible development of offshore wind off the East Coast of the U.S., and demonstrates that the essential role that offshore wind will play in addressing the existential threat of climate change not be undertaken at the cost of short-term impacts to critically endangered marine mammals such as the North Atlantic right whale,” comments Fred Zalcman, New York Offshore Wind Alliance’s director. “We hail all participants for their creativity, commitment to science and perseverance in developing these cutting-edge protocols and safeguards.”

Ørsted and Eversource’s offshore wind biodiversity efforts are guided by principles that prioritize coexistence with the natural environment, including but not limited to the areas where the companies construct and operate offshore wind farms, ensuring that impacts during construction are minimized and monitoring efforts are implemented to understand potential impacts during the operational life of the wind farm.

Ørsted was one of the first offshore wind developers in America to hire a marine biologist, part of a growing team of experts the company employs to ensure that it carefully considers impacts to marine life from offshore wind projects like South Fork Wind. The company is also funding an innovative app called WhaleAlert that tracks whales and distributes information to help vessels avoid collisions, has made other investments in tracking software, and is partnering with a range of national and international academic institutions to advance biodiversity efforts.

South Fork Wind is New York State’s first offshore wind farm. The project is located 35 miles east of Long Island and its 12 turbines will generate approximately 130 MW of powers. The project broke ground in January 2022 and is expected to be operational in late 2023.