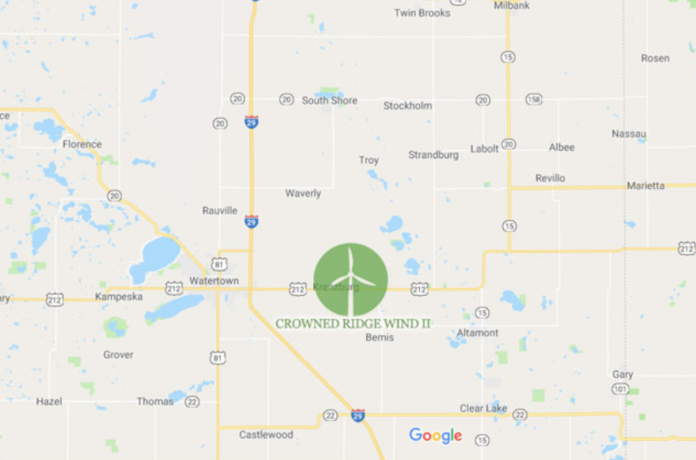 Commissioners delved into a lengthy discussion on those and other issues, making changes to proposed conditions and adding new conditions. Some proposed conditions that were changed and added relate to aircraft detection lighting systems, cooperation with agricultural spray applicators, monitoring sound pressure levels, avian and bat mortality monitoring, and monitoring for whooping cranes.

“Intervenors did a great job working through a process that many past intervenors have found hard to navigate,” says Gary Hanson, PUC chairman.

“We certainly must protect citizens, and we have to follow the law. In this docket, I believe we did as much as our authority allows to set conditions that protect landowners this project will affect,” he adds.

Crowned Ridge Wind II will consist of up to 132 wind turbines and span approximately 60,996 acres east of Watertown. Currently, the project is expected to be constructed in two phases. The first phase consists of 200 MW, which the company expects to construct in 2020 and has entered into a purchase and sale agreement with Xcel Energy to sell to Xcel upon commercial operation. The second phase may consist of 100 MW and is awaiting transmission interconnection study results. The total cost of the project is $425 million.

Photo: Map is representative of project location but is not to scale and the icon does not indicate actual project boundaries