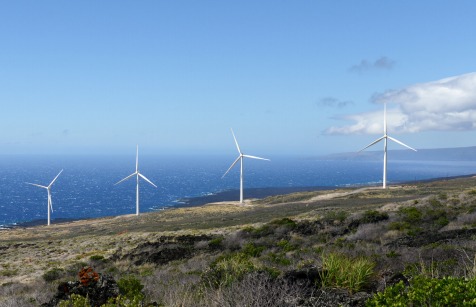 Sempra U.S. Gas & Power has confirmed that a turbine has failed at the 21 MW Auwahi Wind complex, located at the Ulupalakua Ranch on the southeast coast of Maui, Hawaii.

The company says that on Sunday, Oct. 2., the nacelle, hub and blades on a Siemens 3.0 MW direct-drive wind turbine inexplicably separated from the tower and fell to the ground. No one was injured.

“We’re still investigating the situation and gathering the facts. This includes working closely with Siemens, the turbine manufacturer, to determine the root cause of the incident,” said Jill Howard, company spokesperson. “As a precaution, the remainder of the turbines at Auwahi Wind have been shut down and access to the site has been limited. The plant will remain offline until we know more about what caused the incident. There is nothing more important to our company than the safety of our employees, contractors and the surrounding community.

“At this point, we are not aware of any property damage beyond the damage that occurred to the turbine,” noted Howard.

The wind farm, which was completed in December 2012, is a joint venture of Sempra U.S. Gas & Power and BP Wind Energy.

Maui Electric Co. is buying the output generated by the wind farm under a 20-year power purchase agreement. The wind farm has an 11 MW grid battery system. According to Sempra’s website, energy from the battery system helps to regulate and sustain power to Maui Electric Co.’s grid during variable wind conditions. The battery storage component of this project includes state-of-the-art monitoring and safety controls that ensure reliable operation for the life of the project.

According to Sempra’s website, the project created about 180 construction jobs at peak and seven full-time positions.