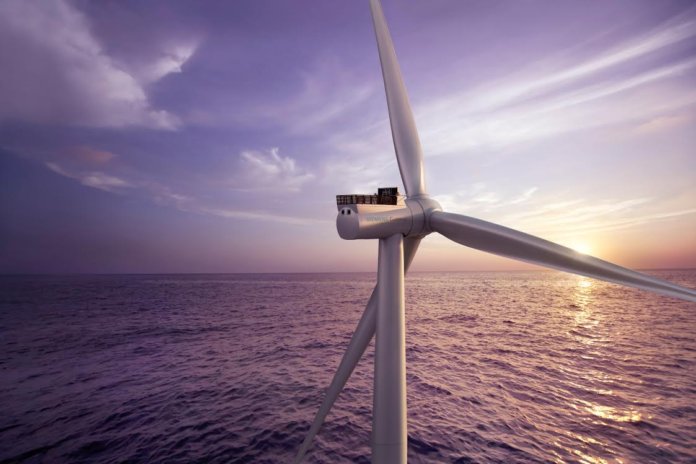 After establishing a blade plant in the harbor of Hull, England, in 2016 and opening a nacelle factory in Cuxhaven, Germany, in 2017, the company eliminated road transportation of large and heavy wind turbine components from factories to installation harbors. Now, with the first load of nacelles shipped from Cuxhaven to the Belgian offshore wind power plant Rentel on the purpose-built transport ship Rotra Vente, SGRE’s Ro/Ro logistics concept is fully functional.

Compared to the former setup, including road transportation and crane loading, SGRE says it significantly increases safety while saving approximately 20% in logistics costs.

One key element of this advanced transport solution is the efficient link between SGRE’s offshore production locations in Cuxhaven and Hull, provided by two purpose-built transport vessels. Another is the new process of loading and unloading these ships: Instead of lifting tower sections of up to 200 metric tons and nacelles weighing around 400 tons by crane, the large and heavy components are rolled on and off of these vessels.

Siemens Gamesa says it has used this Ro/Ro method inside its plants for many years. Based on this experience, the company’s experts further refined the concept together with deugro, an international forwarder in the capital project and heavy lift field. Tailor-made transport frames are used to store and move the nacelles. These transport structures are mounted under the bed frame of the nacelles and can be carried by self-propelled modular transporters (SPMTs). These self-lifting, motorized units feature a large array of wheels and are remotely controlled by experienced operators, the company explains.

The two special transport vessels, each with a length of approximately 140 meters, are operated by deugro Danmark A/S exclusively for Siemens Gamesa. The Rotra Vente, which has now been loaded in Cuxhaven, can transport eight nacelles of the current SGRE direct-drive wind turbine at a time. The second vessel, the Rotra Mare, accommodates three complete wind turbine towers of three sections each or up to 12 rotor blades and transports them from the production facility in Hull or from Aalborg, Denmark, to the respective installation port. Both vessels can also be unloaded by crane if required. This enhances the flexibility of the installation ports, which are selected according to project-specific requirements. Currently, both ships use the Ro/Ro capabilities of the harbors on their routes between the U.K., Denmark and Germany to the Rentel installation port in Ostend, Belgium.

Since inauguration in November 2016, the two transport vessels have been well-integrated into SGRE’s value chain. More than 130 voyages have been made, and both ships have delivered components for more than 250 wind turbines to eight different offshore wind power plants. And thanks to Ro/Ro loading, more than 2,000 lifts have been mitigated, the company says.

“As our manufacturing footprint and logistics concepts continue to mature, we make additional progress on lowering the levelized cost of energy for offshore wind,” states Andreas Nauen, offshore CEO at Siemens Gamesa Renewable Energy. “We’re able to deliver these components more safely and more efficiently by eliminating crane lifts. The experiences we have made over the last month confirm that the expected savings of up to 20 percent in logistics costs compared to traditional transport procedures will be fully met.”

Over the next few weeks, Siemens Gamesa will provide all 42 SWT-7.0-154 turbines for the Rentel offshore wind power plant. They will be pre-assembled and installed together with the towers and nacelles from the recently opened installation facility in the Belgian harbor of Ostend. SGRE will also service the Rentel offshore power plant from Ostend, where a service office with an additional 300 square meters of storage is currently under construction. Full commissioning of the Rentel project is expected later this year. The Cuxhaven nacelle plant will deliver the nacelles to the 588 MW Beatrice wind power plant and the 1,218 MW Hornsea One project, both located in the British North Sea.