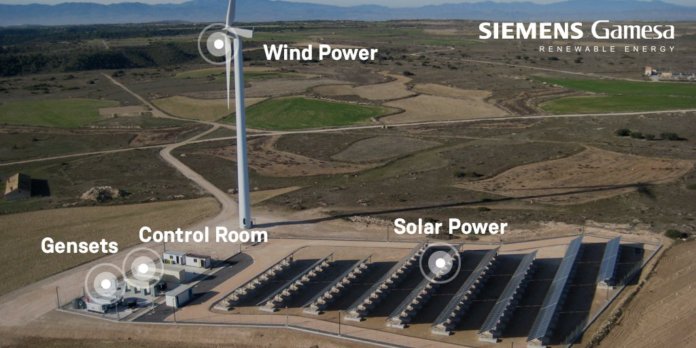 According to SGRE, hybrid projects of wind energy, solar PV and other energy sources are becoming a more and more attractive option to drive the energy transition to higher shares of renewable energy.

The system is connected to the hybrid controller of the generation system and supplements the lithium-ion batteries that have been in use for around two years. The La Plana test site integrates the next-generation Vanadium redox energy storage system with a wind turbine, solar PV modules and a diesel generator. The new redox flow battery offers a 120 kW energy output with a storage capacity of 400 kWh.

Siemens Gamesa says it has been refining its knowledge in hybridization over the years, and now, a sophisticated, flexible hybrid controller is the resulting product of the company’s research and development. It is the digital core that coordinates the generation of all energy sources to meet the electrical load in order to reduce the levelized cost of energy of the plant, regardless of whether the grid is connected or disconnected. To reduce energy costs, the controller is targeting the maximum integration of renewable energy. According to SGRE, a large storage capacity helps keep the generators to their technical minimum load and enhances the share of renewables – even when low-wind periods and cloudy skies occur at the same time.

“With the redox flow technology commissioned at our La Plana test site, we are now active in all relevant storage technologies, including power-to-heat and also battery storage systems,” says Antonio de la Torre, SGRE’s chief technology officer. “Due to its scalable energy capacity, the Vanadium redox battery is a highly promising option to support our advanced technology offers for isolated and grid connected systems.” 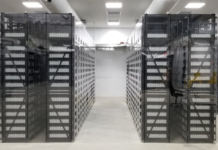 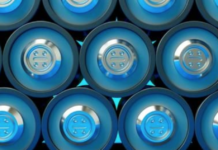 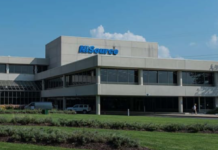