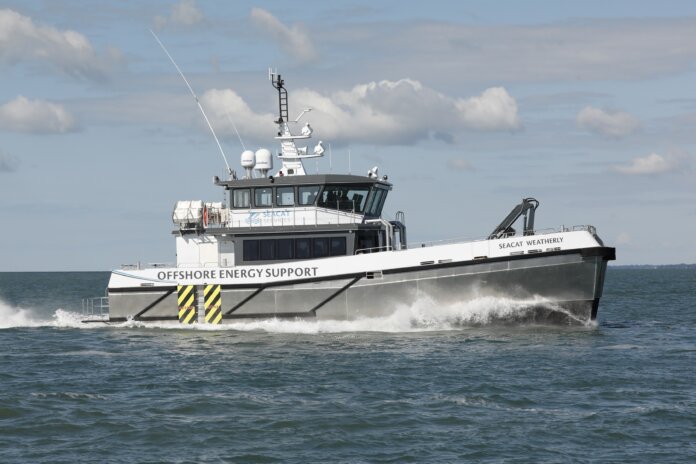 The Seacat Weatherly was the first Chartwell 24 catamaran to enter operational service in 2020, and over the past year has performed off the Scottish coast. Accommodating 24 passengers and a total of 11 tons of cargo at a service speed of 26 knots, Seacat Weatherly fits Moray East’s requirements in providing high-speed crew and cargo transfer. The vessel is certified to the highest standards of safety and reliability with Bureau Veritas and incorporates unique shock absorbing and noise reduction features, the company says.

“The North Sea is a key location for the U.K.’s offshore wind industry; capitalizing on the region’s strong wind speeds is vital as the government pursues its target for all electricity to be green by 2035,” says Mark Drew, managing director of Seacat Services. “At Seacat, we’ve tailored our fleet to support the build-out of key offshore wind markets and are proud to be offering our best-in-class support to such important clean energy projects as those in development in Scottish waters.”

Building wind farms in deeper waters further from shore enables operators to harness greater wind speeds with fewer obstructions than on land, but trades its increased power production potential for more complex logistics. Conducting offshore technicians safely and comfortably to sites like Moray East is critical for the continuous provision of renewable power to Scotland and the U.K.

“We secured Seacat for this charter due to the reputation of its fleet for safety, reliability and maneuverability,” comments Paul Cavanagh, asset director of Moray Offshore Windfarm (East) Ltd. “Seacat’s fleet of Chartwell 24s routinely proves its salt across offshore sites in Scotland and the U.K.; to have a domestic provider with such a track record for delivering high-quality performance in the North Sea brings clear advantages to the Moray East project.” 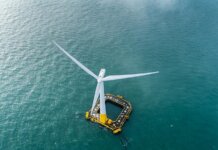