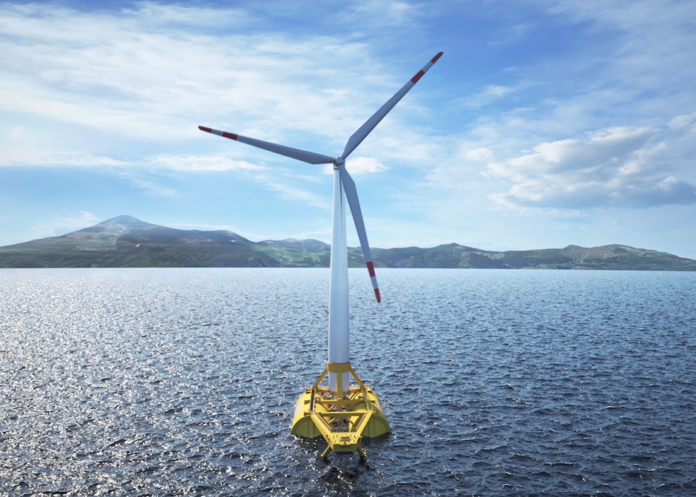 In recent years, the Scottish engineering supply chain has delivered huge oil and gas structures for the North Sea, as well as exported technical expertise to markets around the world. One concrete foundation for a 15 MW floating turbine would have a mass in excess of 10,000 tons – a 500 MW project would need around 33, offering a significant opportunity for the local supply chain.

“Floating wind could play an important part of the growth in offshore wind and has the potential to unlock new offshore wind markets around the world,” says Chris Willow, head of floating wind for RWE Renewables. “RWE is progressing innovation in this growing sector. Concrete floating foundations have the potential to support Scottish projects and create local supply chain content, building on the country’s engineering legacy for a new generation of Scottish engineers.”

Alongside RWE’s three floating wind demonstration projects, the company is actively seeking new offshore wind opportunities off the coast of Scotland to complement the recently announced four extension projects and 3 GW success in the Crown Estate Round 4 Leasing Round in the U.K.

The knowledge gained from the three floating offshore demonstration projects RWE is participating in provides an important source of information for future projects:

Fully funded by RWE and delivered as a discretionary project within the Floating Offshore Wind Centre of Excellence, a summary of the work will be published upon completion of the research in Q2.