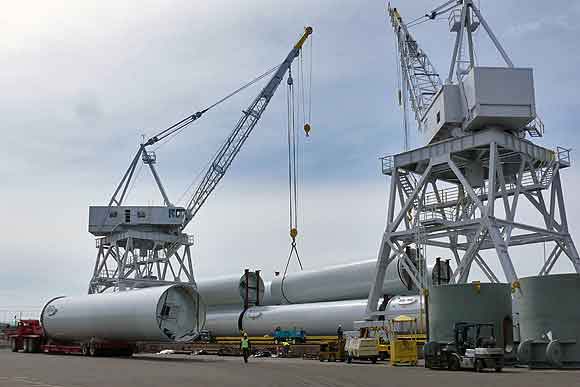 The Roaring Brook Wind farm is helping to spur approximately $167 million in private investment. When combined with the dozens of large-scale renewable energy projects under development and the state’s pipeline of distributed solar projects, this project accelerates progress toward New York’s goal to generate 70% of state’s electricity from renewable sources by 2030 on its path to a zero-emission grid.

“Renewable energy has a critical role to play in both rebuilding New York’s economy and combatting the very real threat of climate change,” states Gov. Kathy Hochul. “Large-scale wind energy projects like Roaring Brook Wind not only move us one step closer to a zero-emission future, but bring vital investments, good-paying jobs and community benefits to the state at a time when New Yorkers are still recovering from the financial challenges caused by the pandemic.”

Located in the town of Martinsburg, Roaring Brook Wind was developed by Avangrid Renewables and comprises 20 wind turbines spread across approximately 4,700 acres. Having started operations in October, the project will generate more than 229,000 MWh of renewable energy annually.

“Roaring Brook Wind is another example of New York’s commitment to growing our clean energy economy and highlights a North Country wind project that is powering thousands of upstate residents and businesses with clean, renewable energy,” says Doreen M. Harris, NYSERDA’s president and CEO. “Under Governor Hochul’s leadership, the state remains steadfast in its commitment to work with local governments and community stakeholders throughout the development of all our large-scale renewable energy projects to ensure they proceed in a way that supports community goals, brings economic benefits, and avoids significant impacts to wildlife and the environment.”