The news was reported by Andres Gonzalez, who indicated Luijendijk will begin as CEO in January. Luijendijk is currently head of global projects onshore and CEO of the APAC region at Siemens Gamesa.

Siemens Gamesa declared Krogsgaard was departing the company back in October. 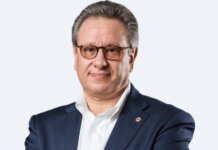