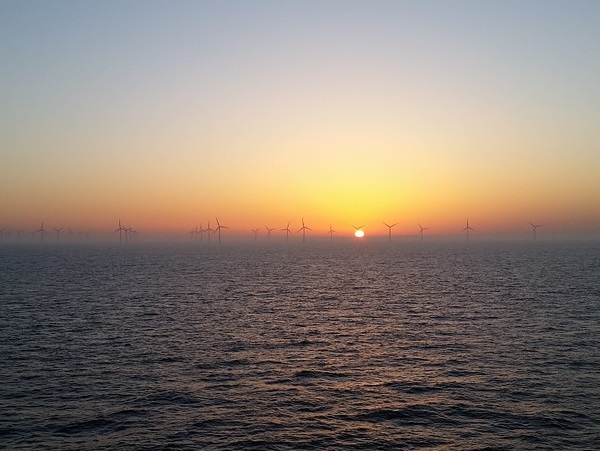 A new report released by the Business Network for Offshore Wind argues that U.S. states on both coasts must do more than compete with each other for ocean energy power. Instead, they must cooperate on several important fronts to develop a winning industry for the country, according to the network.

The report says the problems associated with grids and transmission lines needed to deliver power to homes is the most important front. Other challenges include supply-chain uncertainty, cost controls for ratepayers and the limitation of certain U.S. resources – e.g., ports.

With the help of about 100 offshore wind stakeholders from the U.S. and abroad, the network’s “Leadership 100” report recommends steps the U.S. industry, including elected officials in coastal states, can take to ensure global leadership on offshore wind.

“From Massachusetts to Virginia, the U.S. is on track to create an offshore wind energy marketplace exceeding 10 GW by 2030. We need American intelligence and team-building to build a homegrown offshore wind industry,” says Liz Burdock, president and CEO of the network.

“States such as Massachusetts, New York and others are working to build an industry to protect the environment, generate jobs and provide affordable renewable energy. They are competing with other U.S. states, and rightly so,” she continues. “But states must also cooperate to minimize public costs, share resources and globalize what the U.S. has to offer. Our report lays out a plan for making us a valuable energy renewable industry, not just for this country, but also for the entire world.”

During the next two decades, East Coast states and California are expected to have over two dozen offshore wind farms under development in various stages. Despite these ambitious plans, Europe has been way ahead of the U.S. for a much longer time, the report explains.

The network developed the Leadership 100 report at a summit that took place Jan. 17-18. Ross Tyler, the network’s executive vice president, says the report focuses on three priority areas: 1) the development of an industry roadmap, 2) recommendations for offshore wind states on advancing grid and transmission projects, and 3) the launching of a public engagement campaign.

Tyler says much of the supply chain in offshore wind is international, and U.S. projects and their supply chains are competing against Asia and Europe for resources.

The U.S. has unique challenges and constraints when compared with both Asia and Europe, the report says. Thus, an industry roadmap can help U.S. developers and government entities identify the U.S.’ supply-chain capacity and its assets, strengths, gaps and resources. The report also finds that the roadmap will support regional port strategies and technical explanations for special scalable solutions, cooperation on workforce issues and insights on local supply-chain development.

Along with Massachusetts’ interest in moving to 1.6 GW of offshore wind, New York’s announcement to increase its commitment of 2.4 GW to 9 GW accelerates the need to quickly address electricity delivery and grid integration. Currently, the Northeast grid can accept 4 GW of power; providing electricity beyond that is uncertain.

Tyler says states will need to build the infrastructure to allow this power on the grid.

“If the problem is not addressed soon, the offshore wind market could be held back, and policymakers’ clean energy targets may slip,” he explains. “What’s necessary is communicating the risks of not acting on this issue and determining the benefits for congestion relief and ancillary services to incentivize state officials to build the infrastructure that allows gigawatts to be placed on the grid.”

States and the private sector should enter into constructive dialogue to discuss the grid/transmission strategy, the report suggets. Once problems are resolved, overall costs can be lowered for ratepayers.

Also, an updated U.S. Department of Energy study is needed for the Northeast, where most of the offshore wind is being developed. New data is needed to inform the conversations with local, state and federal officials, the report says.

Also needed is a public outreach campaign that should focus on positive impacts to the environment and the economy, as well as reduced power costs compared to other energy sources.

The report explains that environmental and visual impacts can weigh heavily on public support of offshore wind projects. They can slow market momentum unless they are not addressed early and proactively. In a recent study published in Energy Policy, researchers from the University of Massachusetts Amherst and the University of Rhode Island set out to examine public attitudes toward offshore wind development and found some concerns, such as harm to wildlife and negative impacts on the recreation and fishing industries.

The report argues that the public should be informed about the commercial benefit of offshore wind, jobs created for the area, and how it will reduce the cost of power to ratepayers and protect the environment.

What about the Great Lakes as potential offshore wind development?