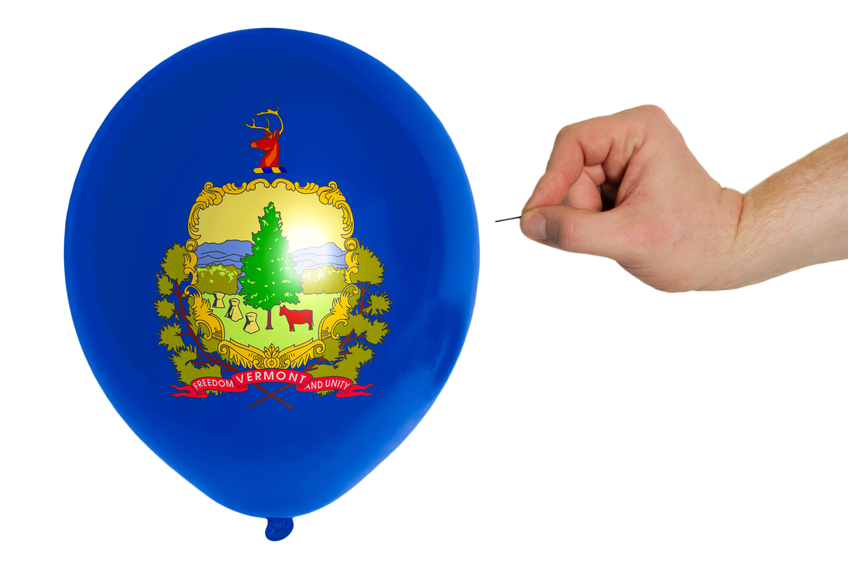 Gov. Peter Shumlin, D-Vt., has vetoed a Senate bill that aimed to improve renewable energy project siting in Vermont. Although he supports the core of the legislation, the governor says his veto comes on the heels of “unintended changes [that] were made at the last minute.”

As first introduced, S.230 – sponsored by State Sens. Christopher Bray, Joe Benning, Mark A. MacDonald and Alice W. Nitka – proposed “various improvements to the siting of energy projects and the process for siting them,” according to the text of the bill.

According to a statement from Shumlin, the legislation, although originally “designed to give communities more say,” ended up including provisions that could have slowed the state’s progress in the clean energy industry – in which one out of 17 Vermonters currently works, the governor notes.

“After consulting with legal experts at the Public Service Department and the Public Service Board, I have determined that in a few critical instances, the language in the bill does not match what I understand to be the intent of the legislature,” says Shumlin.

Specifically, he claims four issues with the bill. Two are related to turbine noise standards:
1) It seeks “temporary rules for new wind sound standards” and thus “unintentionally invokes a provision in 3 V.S.A. 844(a) that would make Vermont the first state in the country to declare a public health emergency around wind energy.”
2) It “[sets] a ceiling for new temporary wind sound standards” and thus “unintentionally relies on a standard used in a small 150 kW project as the standard for all wind, large and small, going forward.” The standard, which would “require no higher than 10 decibels above ambient background” could end up siting wind farms in closer proximity to homes with higher background noises, he says.

Together, the governor believes, these provisions could make it “impossible to continue to sensibly site renewable wind power in Vermont.”

In addition, Shumlin also takes issue with the legislation’s “requiring notice of certificates of public good to be filed with land records” – a potential problem for residential solar owners when selling their houses.

Lastly, the governor says a provision dedicating $300,000 to “planning funds for communities” was removed from the legislation.

However, Shumlin is not throwing away S.230 completely; in fact, a legislative session addressing the vetoed bill is planned for this Thursday.

In a release, John Campbell, Senate President Pro Tempore, states, “I believe this bill is of significant importance to the people of Vermont; its final fate deserves to be reviewed by the legislature.”

And the governor agrees: The “limited number of issues identified in the bill,” he says, “should be remedied by the legislature during [the] veto session.”

Renewable Energy Vermont, which notes that the renewables industry brought 1,800 new jobs to the state in 2015, is urging Vermonters and other stakeholders to reach out to legislators so that they “sustain the veto and work collaboratively to pass a simple fix of S.230” at Thursday’s session.

The governor adds, “My administration will do whatever we can to assist the legislature to make the fixes necessary to produce a bill that I can sign.”