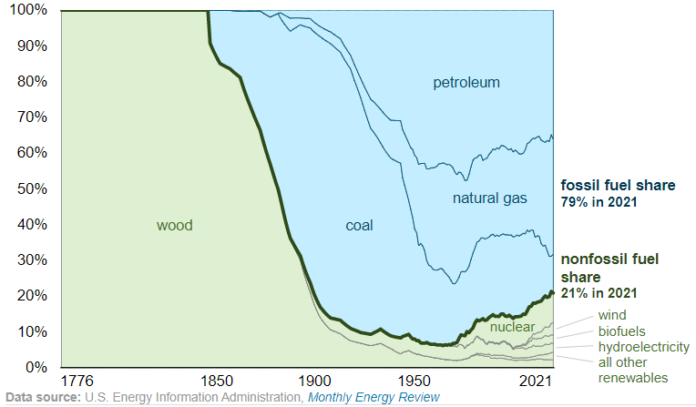 Fossil fuels – petroleum, natural gas, and coal – has accounted for 79% of the 97 quadrillion British thermal units (quads) of primary energy consumption in the United States during 2021. About 21% of U.S. primary energy consumption in 2021 came from fuel sources other than fossil fuels, such as renewables and nuclear, according to data in the U.S. Energy Information Administration’s (EIA) Monthly Energy Review.