The power purchased through the PPA will directly supply a new hydrogen production plant with 100% renewable power. The plant, which is being co-developed by Apex and Plug Power, will be the first and largest wind-supplied hydrogen project in the United States and the largest onshore wind-powered project across the globe.

Once operational, the plant is anticipated to produce over 30 metric tons per day of liquid hydrogen – enough to fuel the equivalent of over 2,000 light commercial vehicles or over 1,000 heavy-duty Class 8 trucks.

The partnership, which follows the September 2020 announcement of the companies’ collaboration agreement, marks Apex’s largest PPA to date.

“As leaders building the hydrogen economy, we are on track to build a first-of-its-kind green hydrogen generation network in North America alongside an experienced partner, Apex,” says Andy Marsh, CEO of Plug Power. “This wind-powered green hydrogen plant is important to Plug Power’s customers and to achieving our generation targets of 500 tons per day by 2025 and 1,000 tons per day before 2028.” 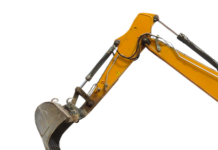 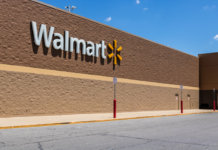 Any idea where this facility will be located? Also is there any estimate of the round-trip energy efficiency of the process?

Wow, pretty amazing when you think of it, making hydrogen out of thin air.

Hi Ed, They are not making hydrogen “out of thin air.” They are making it by electrolysis of water: 2 (H2O) –> 2H2 + O2. The process has been known and used for 2 centuries. It’s just doing it with wind-generated electricity on a utility scale that is novel.