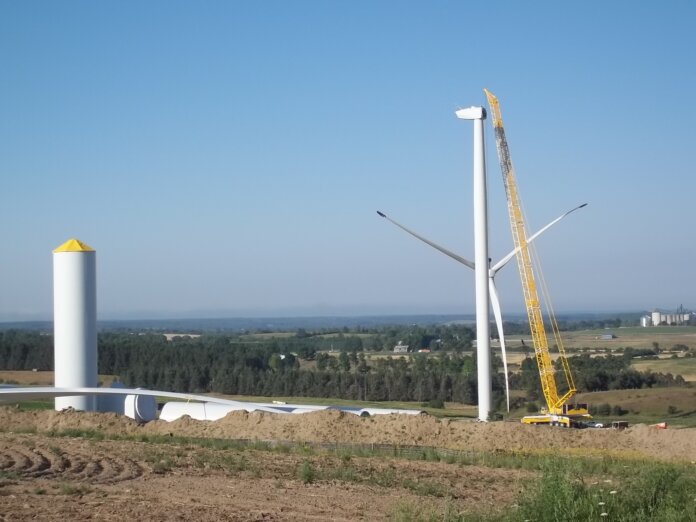 Capstone has also entered into a turbine supply agreement with Siemens Gamesa Renewable Energy Inc. for the procurement of 38 SG 5.2-145 turbines. The PPA signals another step forward towards a low-carbon electricity sector in Alberta and provides the foundation that supports Capstone’s investment in the 192 MW Wild Rose 2 Wind Farm.

“We’re thrilled to be partnering with Pembina to drive the energy transition forward doing what we do best – developing, constructing and operating world-class renewable energy facilities,” says David Eva, CEO of Capstone. “Once operational, the Wild Rose 2 Wind Farm will be the largest facility in our fleet and will make a significant contribution to Alberta’s goal of a net-zero electricity sector by 2035.”

“We’re pleased to be working with Capstone on their project and furthering our sustainability goals. Power purchase agreements are an effective tool to support development of renewable energy infrastructure, lower emissions, and support the transition to a lower carbon energy system,” comments Scott Burrows, Pembina’s president and CEO.

The Wild Rose 2 Wind Farm will be constructed in Cypress County, Alberta, approximately 35 km southeast of Medicine Hat, and will benefit from the exceptionally high wind resource in the area. The Capstone subsidiary will construct, own and operate the facility. Total construction capital of the project is estimated at approximately $360 million with construction expected to begin later this year.