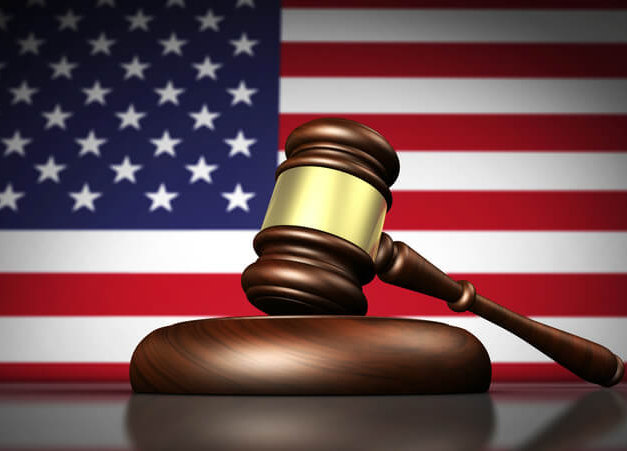 GE filed a complaint, 2:17-CV-5653, on Monday in the U.S. District Court in the Central District of California alleging that Vestas is infringing a patent on zero-voltage ride through (ZVRT). GE contends that the Vestas V90-3.0, V100-2.0, V112-3.0 and V117-3.3 wind turbines comprise technology that utilizes a converter control system capable of riding through a grid voltage drop down to “approximately zero volts.”

Interestingly, this is the same patent that was used by GE in a previous patent litigation against Mitsubishi Heavy Industries (MHI). During the course of those patent litigation trials, the patent went through a “re-examination” process at the U.S. Patent & Trademark Office (USPTO) to determine whether or not it was a valid patent. While the GE patent seems to have been battered a bit through that re-examination process, it has survived mostly intact and is considered valid.

Pending litigation against Vestas in the other states referenced is unknown at this time. However, for the project sites identified in California, GE is within its rights to request an injunction on the ongoing operation of those projects in order for the potentially infringing technology in the converter control system to be removed or otherwise altered. This type of injunction creates a significant financial risk that goes well beyond the commercial damages of the patent litigation, considering the injunction could further expose liquidated damages for lost production.

Vestas may be listed as the only defendant in the court trial, but typically in such matters, they are not alone. Project developers and asset owners share in the risk due to the terms typically used in turbine supply agreements throughout the industry by multiple OEMs. Surprisingly, most OEMs do not fully indemnify developers and asset owners from patent infringement liability.

As we saw in the U.K. recently when Enercon sued Siemens for patent infringement on wind turbine controls, project developers and even EPC contractors may have some responsibility and liability for patent infringement. The Enercon litigation against Siemens had threatened over $5 billion worth of projects in the U.K. offshore sector. Even though the lawsuit was ultimately decided in favor of Siemens, it highlights the shared risks noted above, considering both DONG and A2SEA were named as co-defendants in the litigation trial.

Though Siemens was likely contractually obligated to defend DONG and A2SEA in the trial, there was a chance that Enercon could have been successful with an injunction that may have delayed the start of project construction on both Westermost Rough and Gunfleet Sands. Equally, London Array could have faced a shutdown order until the potentially infringing technology was removed from the turbine control systems.

But how does a matter like this end up in court? Why aren’t the similarities between products and competitor patents uncovered during the product design/development process when it is easier and less costly to change the design? Why aren’t intellectual property risks identified and mitigated during the project finance due diligence or type certification process? Why do the insurance underwriters continue to ignore $2.3 billion in total patent infringement liabilities in the wind sector?

Sadly, this matter was probably avoidable, as is the case so many times in patent infringements. Intellectual property (IP) risk is not considered a “real” risk by most companies unless litigation happens. But you don’t have to see the inside of a courtroom to suffer commercial harm. In the complaint filed in the California court, GE cites a number of documents that make reference to the Vestas product specifications for the V90, V100, V112 and V117. It is quite frequent to see such documentation pop up online when project developers are obligated to reference such documents for siting committees and the like. While many documents comprising technical specifications and other proprietary information are redacted when shared in the public domain, not all of them are.

But the key isn’t to simply avoid being caught.

So how do we keep OEMs and others out of court? An independent IP due diligence, similar to getting a type certification, is the simple answer. Proactive companies that have already undertaken this have saved a collective $293 million in royalties they would have otherwise paid to companies like GE. They avoided the cost by identifying where the potential landmines were and navigating a path around them during product design.

Presently, independent IP infringement risk certification is not mandated in the wind industry (or virtually any other industry in which project finance is utilized). Most turbine OEMs provide their own internal data and validation to turbine purchasers and project financiers – but only if asked and typically only in matters related to publicly acknowledged patent infringement litigation in which a competitor is known to be in active litigation (such as this new matter between GE and Vestas).

But in-house validation from the OEM is, indeed, not an independent assessment. What most turbine OEMs do not realize, or else they have not publicized, is that they are all infringing on one another to a certain degree. The only reason more litigation has not sprung up is due to the recognition of the mutual costs of pursuing patent infringement litigation against one another and the inevitable counter-suits each would face. This has resulted in a preference to acquiesce to a comfortable détente.

No one should ever want to see the inside of a courtroom for an IP litigation, but the time to understand the risk profile is not right before you have one foot past that threshold.

Philip Totaro is founder and CEO of Totaro & Associates LLC, a market research and strategy consultancy. He can be reached at ptotaro@totaro-associates.com.