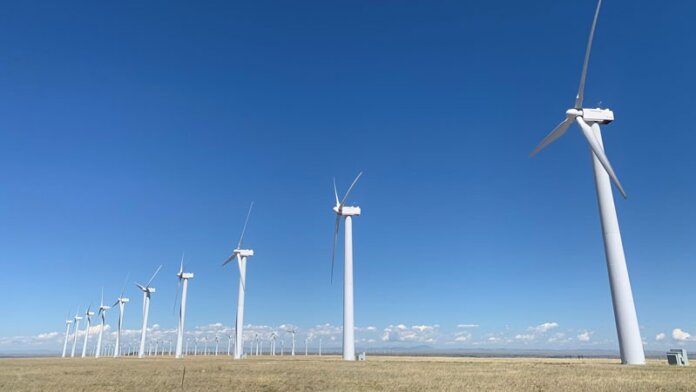 The program began in 2017 when PacifiCorp announced its $3.1 billion Energy Vision 2020 initiative.

“This achievement is cause for celebrating the hard work of dedicated employees and our contractors, who worked cooperatively with state utility regulators, local county and city officials, and community residents to get this job done,” says Gary Hoogeveen, president and CEO of Rocky Mountain Power, PacifiCorp’s retail service division in Utah, Wyoming and Idaho. “Everyone involved, inside and outside the company, in working to complete these projects deserves congratulations.”

“These projects now provide low-cost renewable energy throughout our service area,” states Stefan Bird, president and CEO of Pacific Power, PacifiCorp’s retail service division in Oregon, Washington and California. “This is a major step forward in realizing our vision of a future where PacifiCorp delivers energy to our customers affordably, reliably and without greenhouse gas emissions. A future where our vast, modern energy grid connects local communities to the low-cost and reliable energy they need to innovate and achieve their goals.”

While completion of these projects is significant, PacifiCorp’s next step as outlined in its integrated resource plan (IRP) is even larger. As a result of the two-year planning process that culminated in the 2019 IRP, PacifiCorp issued in 2020 a Request for Proposals, or a call for competitive bids, that was the largest in the company’s history. After receiving over 7 GW of competitive proposals, the rigorous process resulted in a final short-list of 3,250 MW of solar, wind and storage resources.

As was the case for Energy Vision 2020, many of these resource additions rely upon the construction of new transmission that will interconnect those resources to PacifiCorp’s multi-state network. This includes more than 440 miles of new transmission representing additional Energy Gateway segments, which have been undergoing federal and local permitting process during the past decade.

Contract negotiations with the final shortlist bidders are proceeding with the objective to complete the renewable generation, storage and transmission projects by 2024.