Ørsted has appointed Neil O’Donovan as CEO of the Onshore business and a new member of the executive committee. He has acted as interim CEO of the business unit since August and has been COO of Ørsted Onshore since 2018.

Since the former CEO of Ørsted Onshore, Declan Flanagan, resigned from his position in the beginning of August this year, O’Donovan has been acting as interim CEO. Simultaneously, Ørsted has conducted a thorough recruitment process, evaluating both internal and external candidates, and have concluded that O’Donovan is the best candidate for the permanent position as executive vice president and CEO of Onshore.

“I’m very pleased to welcome Neil to the executive committee as CEO of Onshore,” says Mads Nipper, group president and CEO of Ørsted. “We’ve had a thorough recruitment process, and there’s no doubt that Neil is the best person to take over the leadership of Ørsted Onshore and to accelerate Onshore’s growth journey. With a strong technical foundation in engineering, a proven track record in successful project development and a great commercial focus, Neil has been instrumental in taking Onshore to where it is today.”

“I’m truly excited about the appointment, and I’m looking very much forward to leading our world-class Onshore team permanently,” states O’Donovan. “We’re on a strong track to position the business to reach our 2030 goals and to further build up our already strong momentum in the Onshore business. I’m looking forward to joining the Executive Committee and to working with the Onshore team and all other Ørsted colleagues to accelerate our growth to the greater good of Ørsted and our vision of a world that runs entirely on green energy.”

O’Donovan will be based in Dublin and will also work from Onshore’s other locations, leading the continued expansion of Onshore in the U.S., Europe and globally. 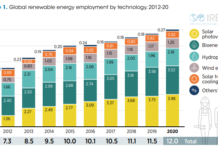 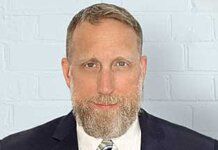 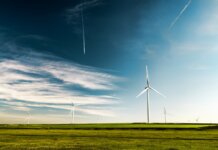