Ziogas comes to Ørsted from an IBEW, and she will lead engagement with union representatives as the company seeks to develop their portfolio of domestic offshore wind projects.

“Labor will play a critical role in building up the infrastructure and the supply chain of the offshore wind industry,” says Thomas Brostrøm, CEO of Ørsted U.S. Offshore Wind and president of Ørsted North America.

“Allison will lead the way in reaching out to labor groups in the states where we have projects so that, together, we can bring clean renewable energy to our shores,” he adds.

Ziogas will be responsible for building relationships with trade union representatives at the state and national levels and negotiating agreements, as well as disseminating information throughout the company and with vendors to ensure Ørsted’s labor policies are adhered to in all procurement, construction and operational activities.

“I’m thrilled to be working with Ørsted and the hard-working men and women who will help us build up this rapidly growing industry,” says Ziogas.

“As more projects come online, it will become increasingly important that we all work together toward the same goal – a thriving offshore wind industry in the U.S.,” she adds.

Before coming to Ørsted, Ziogas served as an electrical foreman at A Tech Electric Enterprises Inc. in the Bronx, N.Y. She worked as a union organizer for the Teamsters and has experience working on labor relations matters, including serving on the NYC Central Labor Council Planning Committee and as a delegate to the IBEW Women’s Conference. 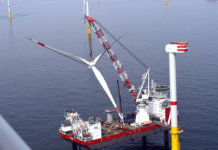 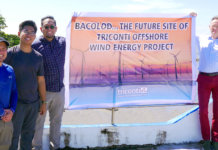