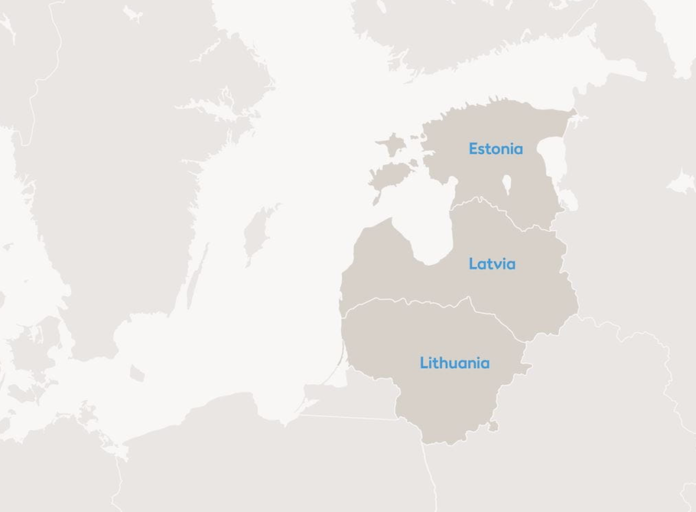 In September 2020, the Latvian and Estonian governments signed an MoU for a joint offshore wind farm, and, subject to a supportive regulatory framework for offshore wind being in place, it’s Ørsted and Enefit’s ambition to deliver this before 2030. Ørsted and Enefit intend to establish a joint venture for the development of these offshore wind opportunities – including the Liivi offshore wind project in the Estonian part of the Gulf of Riga. Ørsted has submitted an application for an area in Latvian waters next to the Liivi site. Through these sites, the partnership aims to pursue a cross-border hybrid solution, which will connect an offshore wind farm to both Latvia and Estonia and enable the utilization of the offshore wind transmission cables as an interconnector between the two countries.

Offshore wind offers a clear green path forward for the decarbonization of the Baltic countries and will be able to deliver large-scale, zero-carbon electricity before 2030. Drawing upon Ørsted’s proven track record within offshore wind – and Enefit’s strong local presence – the partnership is strongly committed to supporting the governments across the Baltic countries in realizing their plans for reducing carbon emissions.

“We are very excited about teaming up with Enefit with the goal of developing offshore wind opportunities in the Baltic countries,” says Rasmus Errboe, head of the continental Europe region at Ørsted. “With the right regulatory framework in place, offshore wind can deliver large-scale green energy in Estonia and Latvia before 2030. The sheer size of offshore wind farms makes them ideal for cross-border hybrid solutions, and we commend the Estonian and Latvian governments for their leadership in advancing regional corporations on large-scale renewable energy production. The Baltic Sea area is becoming a center for offshore wind build-out which will contribute significantly to the decarbonization efforts of both the region and the European economy.”

Offshore wind offers a clear green path forward when Estonia and Latvia desynchronize from the Russian grid, and Estonia looks to phase out shale oil as part of its decarbonization efforts. Offshore wind is the most viable option for large-scale renewable energy to deliver high security of supply to the two countries.

In addition to the cooperation within Estonian and Latvian governments developing offshore wind, the EU’s offshore renewable energy strategy proposes to increase Europe’s offshore wind generation capacity from the current 12 GW to at least 60 GW by 2030 and to 300 GW by 2050. The Baltic Sea can make a significant contribution to this target with a potential above 90 GW. In 2020, the EU member states around the Baltic Sea signed the Baltic Sea Offshore Wind Declaration to accelerate the build-out of offshore wind to reach both national and international climate targets.