Ørsted is celebrating the 10th birthday of the Horns Rev 2 offshore wind farm.

Located in the North Sea 60 kilometers from Denmark’s Port of Esbjerg, the project was the world’s largest offshore wind farm when it was inaugurated on Sept. 17, 2009. For the past decade, it has been covering the annual power consumption of around 200,000 Danish households with renewable energy.

According to Ørsted, Horns Rev 2 was also the first offshore wind farm located that far from shore and in waters with such high waves. The 91 turbines are placed in a fan formation to better harness the wind, and the foundation is constructed of both steel and concrete, making it better-equipped to withstand extreme conditions. Furthermore, an accommodation platform was installed in connection with an offshore wind farm for the first time in history, says Ørsted.

“Horns Rev 2 has meant that we’ve had to be innovative and develop new ways of working and organizing the work right from the outset, so we can keep on ensuring that we generate large volumes of green power on a daily basis while, at the same time, maintaining a high safety standard,” says Allan Due Overbeck, head of operations for Horns Rev 2.

Ørsted (formerly DONG Energy) was awarded the right to construct Horns Rev 2 in 2005, and four years later, the wind farm’s turbines, with a total production capacity of 209 MW, were up and running.

According to Ørsted, Horns Rev 2 became a milestone for the Danish offshore wind industry. It proved that it was possible to generate offshore wind power on a large scale far from shore, and the experience gained from Horns Rev 2 has contributed to bringing down the costs of offshore wind. In turn, European offshore wind projects rolled out in the following years have been competitive with power generated by fossil energy sources, the developer says. 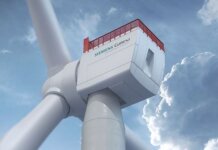 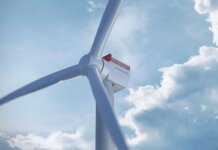 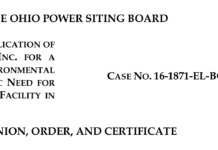