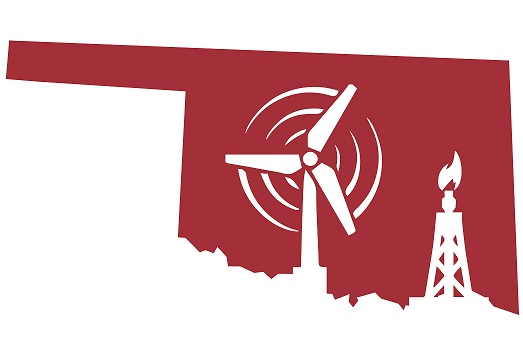 Oklahoma currently provides a zero-emissions tax credit in the amount of $5/MWh of electricity generated using renewable energy resources from a zero-emission facility such as a wind turbine (or approximately 20% of the federal production tax credit, which is currently $23/MWh). The credit is available during the 10-year period following the date the facility is placed in operation and is refundable up to 85% of its face amount.

According to the Oklahoma Tax Commission, the zero-emissions tax credit averaged only about $2.5 million/year from 2008 through 2011; increased to $18.1 million, $27.2 million and $58.7 million in 2012, 2013 and 2014, respectively; and is estimated to have surpassed $60 million in 2015. These increases generally correspond to the manufacturing of taller turbines with larger blades that result in higher capacity factors and a general increase in the construction of wind farms.

Oklahoma is now facing a depletion of its general revenue fund. Oklahoma’s Office of Management and Enterprise Services (OEMS) has identified the primary causes of the revenue shortfall as less tax revenue due to low oil prices and an increase in wind energy production resulting in greater tax credits.

With the merit of OEMS’ comments put aside, the office highlights a policy challenge that underlies a production-based tax incentive.

From a state’s perspective, an advantage of the ITC is that the tax expenditure is somewhat more predictable than that of a PTC, given that the incentive is not keyed to any future variable. A disadvantage, however, is that the ITC directly rewards only the construction of a project, not the development of efficient projects.

Though we have seen significant technology advancements in solar that have, in part, been motivated by the demand for solar created by tax incentives, the point is that the ITC does not distinguish between projects.

For example, if two projects each cost $20 million, the same $6 million ITC is available to each project, irrespective of its nameplate capacity. In contrast, the PTC directly incentivizes efficient operations by keying the incentive to the project’s production.

Therefore, a 12 MW project generates a larger PTC than does a 10 MW project. Of course, if the incentive is effective, then the tax expenditure will increase in direct proportion to the increase in production. Thus, a state legislature that wants to incentivize the construction of projects with greater efficiency through a PTC is faced with the challenge of projecting not only the number of projects that will take advantage of the incentive, but also the production levels of such projects.

One solution would be to simply cap the aggregate amount of the credit and limit eligibility to a first-come, first-served basis.

However, the problem with this approach is that the credit would have less appeal to developers and investors because of the uncertainty in knowing when the credit reserve would be depleted.

To address this concern, the state could design a program in which projects apply for the PTC in advance to reserve a PTC at a projected level of production. The program would have to balance the need of developers to be able to reserve the credit in advance of committing themselves to a project, with the concern that highly speculative projects should not be incentivized at the expense of more-likely projects.

On the other hand, the legislature should avoid neutering the policy by requiring developers to have progressed their projects too far in order to qualify for a reservation – which would discourage entrepreneurial developers from selecting sites in the state providing the PTC.

This balance could be achieved by requiring a project to meet a demonstrable minimum threshold of progress in order to reserve the credit: for example, having an executed interconnection agreement. Once the reserved amount hits a cap, then no more projects could obtain a PTC reservation.

If a project that reserved the credits is not built, then the credits would be available to the next project on the list.

One potential problem with employing this approach with respect to the PTC is that production variability in multiple years would make it difficult for the state to accurately project the reserved credit amount.

Although the program should require the developer to demonstrate the project’s projected level of production to justify the amount of the credit reserved by the developer, there is a more than de minimis risk that a developer would be unable to accurately predict production levels in the early stages of development due to factors such as uncertainty as to the actual placement location of particular wind turbines in light of permitting and engineering considerations.

In turn, the state could conservatively and unnecessarily cut back on the benefits available for developers and investors. With respect to the relatively more static ITC, however, such a reservation policy could be useful in helping a state manage its ITC commitment.

With respect to Oklahoma’s current budgetary woes, an ill-conceived solution would be for the Oklahoma legislature to repeal the credit for future years. Such a move would not only unfairly penalize developers and investors that have already made considerable investments in Oklahoma, but it would likely cause future developers and investors to distrust Oklahoma going forward. It would be similar to how the Spanish and the Italian governments reduced feed-in tariffs – effectively, a form of cash subsidy – that had been promised to operating renewable energy projects.

Does Oklahoma want its fiscal management to be compared to that of Spain and Italy?

Author’s note: David Burton leads Mayer Brown’s renewable energy group in New York and is a partner in the firm’s tax transactions and consulting practice. Isaac Maron is a tax transactions & consulting associate in the firm’s Washington, D.C., office. Both are contributors to Mayer Brown’s Tax Equity Times blog. They can be reached at dburton@mayerbrown.com and imaron@mayerbrown.com, respectively. 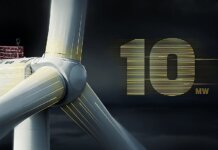