In a 6-1 decision, the Supreme Court found the Ohio Power Siting Board appropriately granted a certificate of environmental compatibility and public need to Icebreaker Windpower.

The company proposes to construct a six-turbine wind farm about 10 miles off the coast of Lake Erie near Cleveland. The project has been billed as a small-scale “demonstration project” to test the viability of offshore wind farms in Lake Erie and the other Great Lakes.

Opponents to the project challenged the Power Siting Board’s decision, primarily arguing that the state has not received enough data on whether the facility poses significant harm to birds and bats. Writing for the court majority, Justice Jennifer Brunner explained that the board collected the necessary research to allow Icebreaker to begin construction, while also requiring far more data before the company can operate the turbines.

“Rather than requiring Icebreaker to resolve those matters before issuing the certificate, the board determined that the conditions on its grant of the application were sufficient to protect birds and bats and to ensure that the facility represented the minimum adverse environmental impact,” writes Justice Brunner.

In a dissenting opinion, Justice Sharon L. Kennedy explained that the board held the project to a lesser degree of scrutiny because the proposed wind farm is a first-of-its-kind demonstration project. However, state law does not make exceptions for demonstration projects, and the board failed to make the required findings regarding the environmental impacts of the proposed facility, including its impact on aquatic and avian wildlife, before issuing the certificate, she stated. If more relaxed standards should apply to demonstration projects, that decision must be made by the legislature, she wrote.

In 2017, Icebreaker sought a certificate from the Power Siting Board to build wind turbines on about 4.2 acres of submerged land located 8-to-10 miles from the Lake Erie shore. The company signed a lease with the Ohio Department of Natural Resources (ODNR) to operate in Lake Erie. Its projected electric-generation capacity qualified the facility as an “economically significant wind farm” under Ohio law and required it meet certain requirements. R.C. 4906.10(A) directs the board to make eight significant findings before approving a certificate, including the “nature of the probable environmental impact” of the facility, and that the “facility represents the minimum adverse environmental impact.”

Several interested parties participated in the board’s proceedings, including residents living near the Lake Erie shore. The residents claimed the board could not issue a certificate because Icebreaker had not provided adequate evidence to determine the wind farm’s probable impact on birds and bats. The residents also argued the project would violate the “public-trust doctrine,” which requires the state to maintain the use of Lake Erie for the benefit of the people of Ohio.

The board first issued a certificate to Icebreaker in May 2020. Because of the uncertainty of the wind turbines’ impact on birds and bats, the board required the turbine rotors be turned off from dusk to dawn for the majority of the year until research was completed on the potential impact to wildlife at night. Icebreaker objected to the conditions and asked the board to reconsider.

In October 2020, the board removed the shutdown requirements, and replaced them with new conditions, requiring Icebreaker to continue to monitor wildlife activity prior to and during construction to assess the possible impacts. The company was ordered to incorporate available technologies to minimize harm. The board stated it could reimpose the nighttime shutdowns if the data showed significant harm to wildlife once the turbines were operating.

Two residents of the lakeshore village of Bratenahl appealed the board’s decision to the Supreme Court, which is required to hear such cases.

The court reviewed the board’s claim that it thoroughly considered the probable environmental impact of the project and that its findings met the requirements of state law. The court noted the board cited many scientific studies about birds and bats flying near and off the shores of Lake Erie. The board also cited evidence that the location of the turbines would not likely impact the habitat of nesting birds and roosting bats because of its distance from the shoreline. The board relied on several studies of bird fatalities at 42 land-based wind farms in the Great Lakes region and bat fatalities at 55 land-based wind farms, and concluded the Icebreaker project would present a low risk to wildlife.

The court noted the nature of the demonstration project does limit the amount of available information about the danger the wind farm poses to wildlife. However, the court stated the lack of precise knowledge should not prevent the board from issuing the certificate if conditions are added that require the company to continue to study and report its environmental impact findings.

“We have upheld the board’s practice of imposing conditions on wind-farm construction certificates,” the opinion states, referring to the Court’s 2012 opinion In re Application of Buckeye Wind LLC.

The residents also argued the board violated the public-trust doctrine and failed to determine that the project met the law’s requirement to “serve the public interest, convenience and necessity.” The residents maintained the board – acting on behalf of the state – relinquished ownership interests in Lake Erie to the benefit of a private, for-profit company.

Contrary to the residents’ argument, the General Assembly has clearly allowed private and public uses of Lake Erie with the permission of ODNR, the opinion stated. The board correctly determined it had no authority to address the residents’ public-trust doctrine argument, the Court concluded.

In her dissent, Justice Kennedy maintained that the board failed to make the statutory findings required to grant a certificate for the proposed wind farm.

Under R.C. 4906.10(A)(2), the board must determine the nature of the probable environmental impact of the project. Citing Webster’s Third New International Dictionary, Justice Kennedy wrote that something is “probable” when it is “based on or arises from adequate fairly convincing though not absolutely conclusive intrinsic or extrinsic evidence or support.”

“The board cannot simply wait and see what evidence will be generated after it grants a certificate. Rather, the board has a gatekeeping role of ensuring that the environmental impacts of a facility are known and justified by public need before the facility is constructed,” Justice Kennedy wrote.

The dissent noted that it “may make good policy to loosen the rules for an ‘unprecedented’ project that will advance science concerning wind energy,” but if the law needs to be changed for demonstration projects, “that role belongs to the General Assembly,” the dissent concluded. 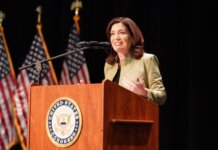