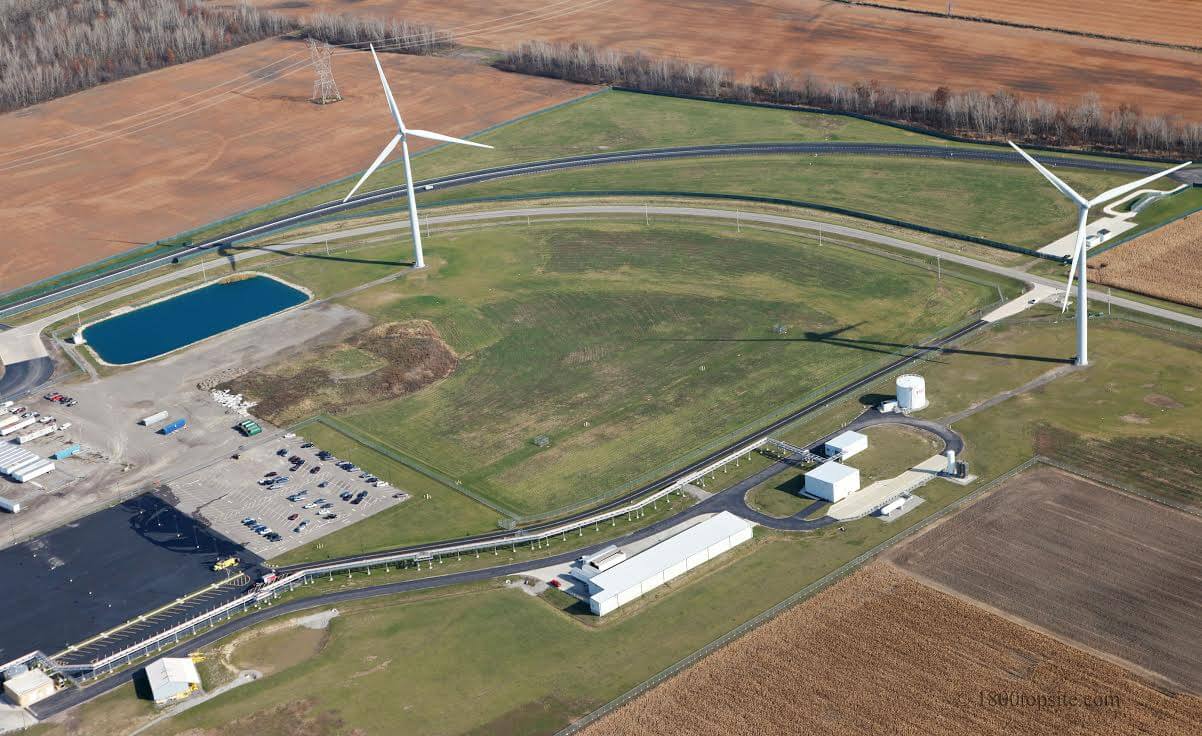 At the beginning of 2014, Honda Transmission Manufacturing of America (HTM) welcomed a pair of wind turbines at its Russells Point, Ohio, facility. Fast-forward five years, and the machines are generating more than 10% of the electric needs of the plant, which rolled out more than 1 million vehicle transmissions last year.

According to David Schmitt, HTM’s lead engineer for the project, the manufacturer’s reason for installing on-site wind stemmed from a broader emissions-reduction initiative Honda rolled out globally in 2012, which included a goal to “explore renewable energy options at Honda manufacturing facilities,” he tells North American Windpower.

“The main driver was a 2020 Honda Motor target to reduce our factory CO2 emissions by 10 percent,” Schmitt explains. “Since we were not in a position to cut our energy consumption by 10 percent, our only choice was to change where our energy was produced.”

In turn, following the manufacturer’s evaluation of potential renewable energy resources, HTM went with a two-turbine wind project, which was developed by Minnesota-based Juhl Energy.

“We thought that it was necessary to demonstrate our commitment to using on-site renewable energy and actually change the content of the energy used to make our products to a cleaner source,” says Schmitt.

Owned and operated by a ConEdison Solutions subsidiary, RP Wind LLC, the project comprises two GE 1.7 MW turbines, which, importantly, are sited in favorable wind conditions, according to Schmitt, who points out that the location is “near the point of the highest elevation in the state of Ohio.”

With blades 160 feet long and towers 260 feet high, the GE machines generated approximately 8,300 MWh of electricity during HTM’s last fiscal year, translating to nearly 11% of the electric needs of the plant, which makes Honda transmissions, gears and four-wheel-drive components.

When the machines were installed, they were predicted to supply about 10% of the plant’s annual power needs, meaning the project is on par with expectations. To put the numbers in perspective, the turbines, since they became operational, have collectively produced enough electricity to power approximately 3,600 central Ohio homes for a year, says HTM.

Underscoring the wind-friendly conditions, the turbines were exceeding expectations from the start in terms of energy production: Back in 2014, six months after they were installed, Juhl Energy reported that the machines had generated as high as 16.26% of HTM’s power requirements in the month of April.

In the past five years, HTM has discovered no “unforeseen outages or malfunctions,” notes Eric Mauk, Honda North America’s corporate communications specialist, adding that the only downtime has been due to “routine service.”

So, considering the success of the wind project, what’s in the works for the company’s next clean energy rollouts?

“Honda is always looking for ways to implement cleaner energy throughout all of its facilities,” says Schmitt.

“We have looked at a number of options for [the] site, including geothermal and solar,” adds Mauk, “but the wind power is the best option for us at this time.”

HTM has also adopted electric vehicle (EV) technology, according to Schmitt, reiterating Honda’s status as a “responsible company that looks to continually improve.” The manufacturer not only installed new EV charging stations at its facility but also welcomed four EVs to its fleet last year. Schmitt points out that the vehicles slash both CO2 emissions and business-travel costs for the company.

HTM said five years ago that the plant had become the first major U.S. automotive manufacturing facility to “obtain a substantial amount of its electricity” from on-site wind turbines. ConEdison Solutions’ CEO at the time, Jorge Lopez, said, “Through the example set by Honda, the American manufacturing sector will see more ways it can incorporate renewable power into its facilities.”

Now, as more and more influential businesses commit to renewable energy, Schmitt hopes that “future generations will look at the wind turbines as an example of Honda environmental leadership.”