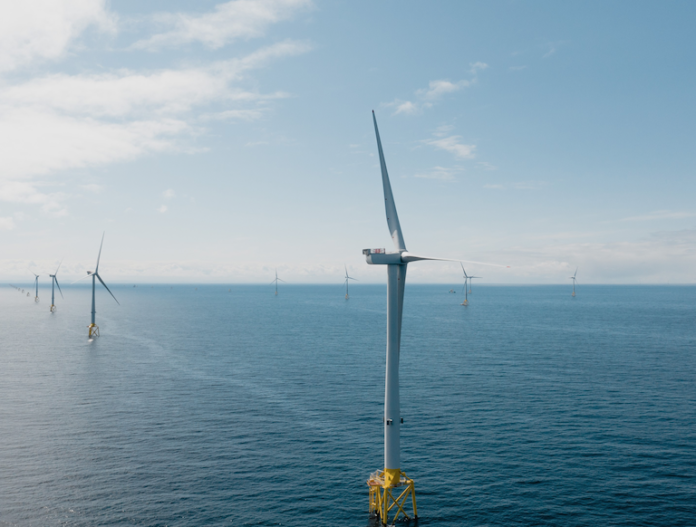 OW has been developing offshore wind in the Moray Firth since EDPR won the rights to develop the area in the U.K.’s third round of offshore wind leasing in 2009. The seabed made available by the Crown Estate at the time was divided in two – Moray East and Moray West – to allow the development of Moray East – which had fewer constraints – to take place first.

OW is continuing its investment in Scotland through development activities in the Moray Firth – Moray East is currently under construction in the area. Upon completion later this year, it will have a generation capacity of 950 MW. The project planning enabled generation to commence before all turbines were installed. Moray West will also be developed by OW, having secured planning consent in 2019, and awaits award of a contract for difference (CfD), the government contract which will enable the construction of Moray West to commence.

“This is the first output from the first turbines of our first project,” says Dan Finch, managing director of OW. “Our ambitions in the Moray Firth are very much for the long term. We look forward to completing Moray East to its full 950 MW capacity, to winning the CfD auction which will enable us to construct Moray West and to competing for ScotWind leases including development in the Moray Firth – all before the end of this year.”