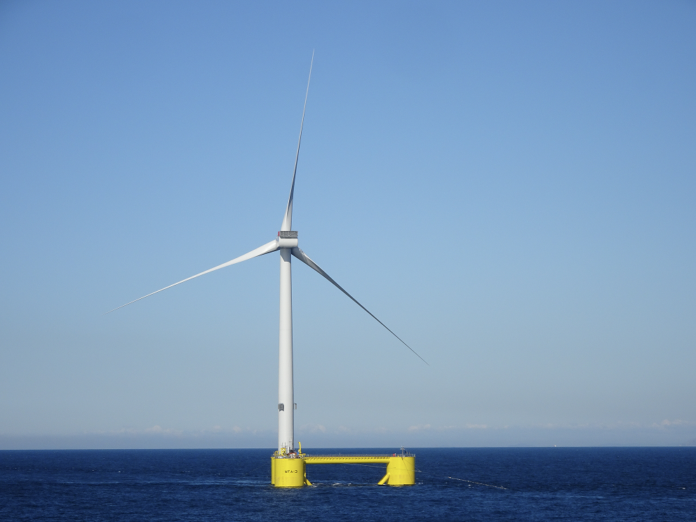 Korea Floating Wind (KF Wind), a joint venture between Ocean Winds (66.7%) and Aker Offshore Wind (33.3%), has obtained its second Electric Business License (EBL) from the Ministry of Trade, Industry and Energy of the Republic of Korea for a capacity of 450 MW.

The EBL is a mandatory requirement to generate and supply electricity in South Korea and follows the 870 MW EBL that KF Wind was granted at the end of January 2022. Overall, KF Wind’s floating wind project now holds a 1.32 GW EBL capacity, covering the 1.2 GW net capacity target (based on grid limits), and able to power the equivalent of over 1.3 million households.

“This second EBL secures us continued exclusive development rights in the East Blue Power area, which KF Wind is developing in collaboration with our partner Kumyang Green Power, an Ulsan-based electrical engineering company and renewable energy developer,” says Guzman Figar, project director of KF Wind. “Kumyang plays an important role in supporting KF Wind’s relationship with the local administrations and the local communities, and in the engagement with the supply chain.”

“Ocean Winds celebrates this second success, and we are very proud of the efforts of our South Korean team in building relationships of trust with our stakeholders,” states Grzegorz Gorski, COO of Ocean Winds. “We are coming together to realize this key floating offshore wind project for South Korea which will contribute toward the national energy transition to decarbonize, as well as the economic development of the region of Ulsan. KF Wind could contribute up to 77 percent of content manufactured in Korea, of which around 63 percent would be fabricated in the Ulsan area, resulting in the creation of thousands of jobs and the reindustrialization of the region.”

KF Wind has already commenced most of the field studies and is continuing its engagement with key local users of the ocean as required to secure the remaining permits. The permits are expected to be approved during 2023, with the objective of reaching financial close in 2024.

“Following the first EBL granted earlier this year, I am very pleased to see KF Wind awarded the second EBL,” comments Philippe Kavafyan, CEO of Aker Offshore Wind. “This confirms a strong vote of confidence from the South Korean government and sustains the pace for South Korea to be the leading market for GW-scale, floating offshore wind power generation. Together with our partners, we are on track to build in Ulsan the world’s first industrial-scale floating offshore wind farms by 2028.”