“New York’s comprehensive approach to greening the state’s power grid is helping create a thriving and competitive renewable energy market to meet the growing demand for these important resources,” Hochul says. “By keeping existing hydropower and wind energy facilities in New York, we are protecting the good-paying operations and maintenance jobs that will ensure these resources continue to produce clean electricity for generations to come.”

NYSERDA says its procurement approach provides the opportunity to increase the amount of locally produced renewable energy under contract with New York State while still allowing Community Choice Aggregations to continue to voluntarily negotiate the best price and terms on energy supply, products and services for their customers. NYSERDA notes that demand for Tier 2 RECs has grown substantially in recent years as CCAs have expanded and businesses seek clean energy choices as part of their environmental, social and governance goals.

NYSERDA will evaluate and select the competitive proposals based on the lowest price received. Proposals are due on Sept. 15.

NYSERDA expects to announce the awards in October. 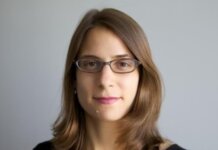