The IPF will feature presentations from the following:

“Growing the offshore wind industry in New Jersey has been a boon to both to our economic development goals, as well as the urgent need to improve our environmental stewardship,” says Murphy. “I’m thrilled to speak alongside industry leaders and public officials from around the world who share my commitment to developing this industry and decreasing our reliance on fossil fuels.”

“The IPF will bring together state, federal and international leaders with industry experts to harness the momentum of the U.S. industry and push forward the establishment of a U.S. offshore wind supply chain,” says Liz Burdock, president and CEO of the Business Network for Offshore Wind. “Along the U.S. coastline lies a resource with the power to create clean energy, unparalleled jobs and economic growth. We are on the cusp of a booming offshore wind industry, with states along the eastern seaboard committing to large-scale offshore wind at an unprecedented rate.” 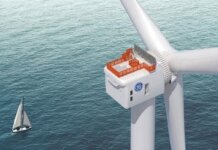