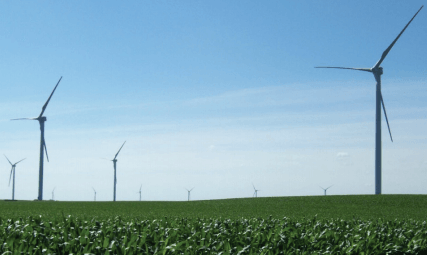 A fire broke out on a turbine earlier this week at NextEra Energy Resources’ Endeavor Wind Energy Center in Osceola County, Iowa.

NextEra spokesperson Bryan Garner tells North American Windpower that the fire occurred inside a 2.5 MW Clipper turbine, which went offline at around 4:30 a.m. on June 5.

The local fire department was called to the area, which was then secured. Garner notes that no injuries occurred during the incident.

According to a NextEra fact sheet on the project, the Endeavor Wind Energy Center began commercially operating back in 2008. The 2.5 MW Clipper turbines have a roughly 262-foot hub height.

A local report from The Des Moines Register provides a video of the fire, which caused one of the turbine blades to eventually fall to the ground.

The company is still investigating the cause of the fire, says Garner. In a separate incident last week, a GE wind turbine broke at NextEra’s Breckinridge Wind Energy Center in Oklahoma.