The announcement was coupled with the release of the 2018 New York Clean Energy Industry Report by the New York State Energy Research and Development Authority (NYSERDA), showing that as of the end of 2017, over 151,000 workers were employed across New York in the clean energy sector, with over 5,600 jobs added last year. The report’s clean energy jobs are in energy efficiency, renewable electric power generation, alternative transportation, renewable fuels, and grid storage and modernization.

The new funding supports Cuomo’s mandate for half of the state’s electricity to come from renewable energy by 2030 and a statewide goal to reduce greenhouse-gas emissions 40% by 2030.

According to the new jobs report, New York’s clean energy jobs increased 3.9% in 2017 – outpacing statewide average employment growth of 1.6% during the same time. New York now ranks third nationally both for energy efficiency employment and solar jobs, and other sectors such as grid modernization and energy storage are growing at a fast pace, the report says.

Key findings from this year’s report include as follows:

According to the report, clean energy employment overall has grown by 7.4% since the New York Clean Energy Industry Report began tracking clean energy jobs in 2015, which translates to 10,500 new clean energy workers over three years.

Coming in second behind energy efficiency jobs are renewable electric power generation jobs, which account for roughly 22,000 jobs (15% of the clean energy workforce). However, renewable generation employment shed some jobs last year, particularly in solar, where 553 jobs were lost, according to the report, which cities a national decline in residential solar installations.

“Clean energy jobs are the jobs of the future, and because Governor Cuomo has put the state on a path to lead the nation in clean energy growth, those jobs will be disproportionately created here in New York,” comments Alicia Barton, president and CEO of NYSERDA. “To fuel this rapidly growing industry, it is more important than ever that we make new investments in workforce development and training initiatives that will ensure New Yorkers have every opportunity to join this high-growth field.”

Richard Kauffman, New York State’s chair of energy and finance, adds, “Under Governor Cuomo, we are moving beyond a dirty fossil fuel economy to one focused on clean energy innovation, which is fueling job growth and attracting the private capital needed for greater economic opportunity. Providing new funding to train New Yorkers for the clean energy revolution will ensure we have a vibrant and well-equipped workforce to combat climate change today.” 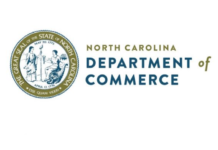