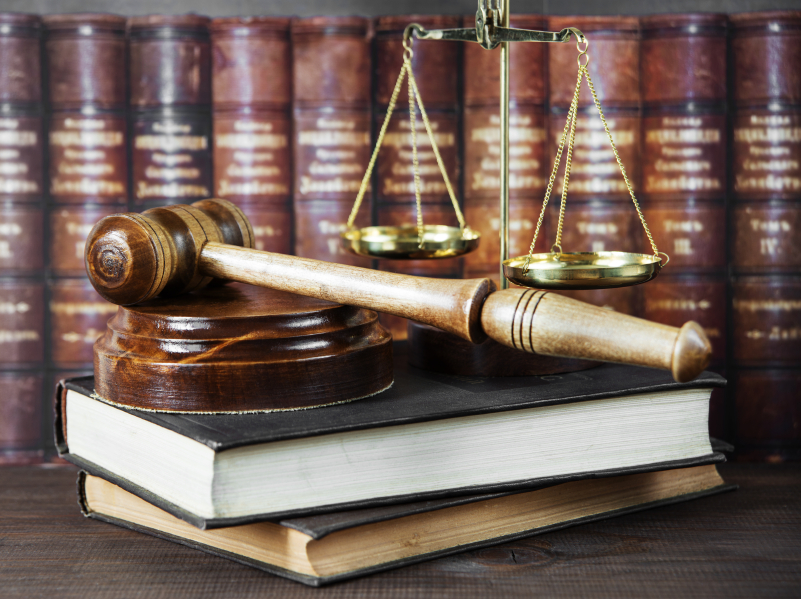 After a number of revisions, North Dakota H.B.1378 was officially signed into law on April 24, offering a more technology-agnostic approach to wind farms’ lighting mitigation solutions.

H.B.1378 was first introduced in January, calling for every North Dakota wind farm capable of producing more than 500 kW of electricity to be equipped with one specific technology – an aircraft lighting detection system (ADLS). Notably, this move applied retroactively to all existing wind farms, in addition to any future developments.

While many wind turbines today are equipped with steady-blinking lights for aircraft safety, as per regulations from the Federal Aviation Administration (FAA), the ADLS only turns on its lights when it detects an aircraft within a designated range, minimizing negative viewshed impacts for residents.

Noting that not all turbine units in a project need to be lit, the FAA standards state, “Obstruction lights should be placed along the perimeter of the wind turbine farm so that there are no unlit separations or gaps more than 1/2 statute mile (804 meters). Wind turbines within a grid or cluster should not have an unlighted separation or gap of more than 1 statute mile (1.6 kilometers) across the interior of a grid or cluster of turbines.”

As it stands, the ADLS is a relatively new technology only offered by a few vendors in the market. The system consists of an obstruction light control unit, radar equipment, a network link and a central processing unit, according to David Shepeard at Drake Lighting, one of the lighting vendors offering the ADLS technology. 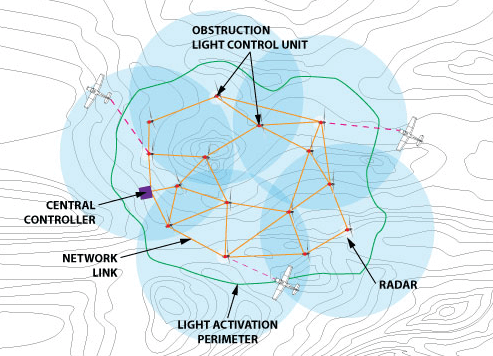 Over the course of several committee hearings on H.B.1378, clean energy organization Wind on the Wires and other individual wind companies pushed to improve the language of the rule – specifically, to broaden the scope of the lighting requirement. Rather than require the ADLS system specifically, the final version of H.B.1378 now requires “light-mitigating technology systems,” giving wind farm developers the option to use other technology, as well.

“There’s a lot of momentum around this issue,” says Chris Kunkle, regional policy manager for Wind on the Wires. “We need[ed] to open up this issue to other lighting mitigation technology. There are different technologies out there.”

Still, wind developers with interests in the state aren’t exactly thrilled with the legislation, considering that any costs associated with the implementation, operation and maintenance of the lighting mitigation systems remain the sole responsibility of the wind facility owner.

According to Kunkle, this requirement is less of an economic issue for future projects, as developers can build the extra cost into the project’s overall price – but retrofitting an older, existing wind farm represents a multi-million-dollar expense.

“[Wind] companies are certainly worried about it,” he says. “That’s a cost you just have to eat – you can’t pass it to the off-taker.”

Francis Lacombe, vice president of lighting provider Technostrobe, echoes the same concern of cost, explaining, “Lighting mitigating solutions can easily be added to an existing farm – but the cost of doing so is close to that of a new [wind] farm because very few components can be re-utilized.”

According to Lacombe, there are currently two lighting mitigation solutions available on the market: radar, which turns the lights on when an aircraft approaches the site, and a Light Intensity Dimming Solution (LIDS), which dims the lights according to the surrounding visibility (down 90% when clear skies are present, at 10 kilometers or more).

Shepeard says the LIDS system consists of an obstruction light compatible with light dimming, visibility sensors (located across the wind farm on top of the nacelle to every 3,000 meters), a network link, and a central processing unit. He notes that LIDS technology is now being tested by the FAA in Oklahoma and currently has a special approval status for use in Canada.

Looking at the cost differential, Shepeard explains, “A LIDS system typically costs about one-half to two-thirds that of a typical ADLS mitigating solution. Each type has their advantages and disadvantages, but costs-wise, LIDS has so far been the least-expensive option.”

In addition to these two main technologies, other light-mitigation options are at various stages of testing and development, offering possible solutions for the future.

“Including more flexibility makes a lot of sense on this issue,” Kunkle continues. “We see more and more local [wind] companies facing opposition, and if they include lighting mitigation technology, it certainly would go a long way in terms of community support. But, it needs to be cost-effective.”

As for that opposition, Kunkle notes that there is a certain anti-wind sentiment in the state, arising from both North Dakota residents, who have lodged complaints about the blinking red lights at night, and the Public Service Commission (PSC).

Calling the legislation “contentious,” Kunkle says North Dakota lawmakers have made several attempts recently to stifle wind development in the state – this lighting requirement being one of them – and notes that their energy interests are aligned with those of the PSC.

“The commission plays an important role in energy legislation, [and] lawmakers [are] following their priorities,” he says.

Kunkle explains that there have been a number of “pretty extreme” PSC proposals under discussion as of late that, if passed, would make North Dakota noncompetitive in the wind market.

“It was difficult to see where the legitimate concerns stopped and the anti-wind sentiment began,” he says.

By way of example, Kunkle cites a separate move by the PSC that included deliberation on the lighting mitigation issue, as well.

While H.B.1378 was making its rounds through the legislative process, the commission was also undergoing a process to modify its rules for decommissioning wind projects. While this was focused primarily on decommissioning, they also addressed the policy criteria for siting wind farms, adding additional rules that Wind on the Wires says would “prove burdensome to the wind industry” if implemented.

In response to the PSC’s proposed rulemaking on decommissioning, Wind on the Wires submitted comments addressing several of its concerns, including modified policy criteria for turbine lighting systems, such as LIDS technology.

“We encourage the PSC to allow other technologies designed to mitigate lighting impacts to be considered in this section, rather than only aircraft detection systems,” the group wrote. “For example, a new technology called LIDS dims the intensity level of lights on a wind farm based on surrounding weather and visibility. By allowing for other FAA-approved technologies, we believe this minor change would provide industry with additional flexibility while also achieving the same level of lighting mitigation.”

Wind on the Wires also suggested that the PSC modify the rulemaking’s language to allow a project that has not yet obtained full FAA approval to obtain a site permit, as the FAA approval process can be “somewhat fluid” through construction.

“As written, there is concern that if FAA denies a particular lighting mitigation mechanism, the project would, at best, need to amend their permit and, at worst, be denied their permit,” the group wrote. “We want to ensure flexibility while ensuring construction and operation occur in a timely fashion.”

With similar actions coming from both the commission and the legislature, it seems the state’s wind industry may be facing an uphill battle in the coming years – but for now, wind developers in North Dakota will have to remain open to fronting the costs of new lighting technologies if they want to move forward with development.

The final version of H.B.1378 dictates that the commission will adopt formal rules by Jan. 1, 2019, for the implementation of “light-mitigating technology systems” on wind farms. All wind energy projects approved after June 5, 2016, are required to have a functioning, rules-compliant lighting mitigation system by Dec. 31, 2019, while projects approved before the June 5 deadline have until Dec. 31, 2021. The PSC will grant time extensions on a case-by-case basis, depending on technical or economic feasibility.