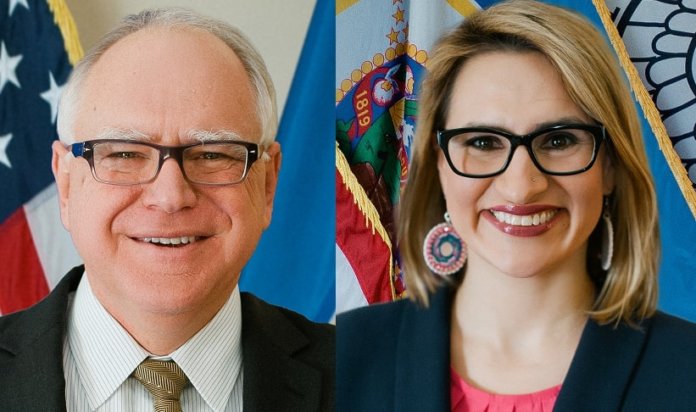 This week, Minnesota Gov. Tim Walz and Lt. Gov. Peggy Flanagan announced their “One Minnesota Path to Clean Energy,” a set of policy proposals designed to lead Minnesota to 100% clean energy in the state’s electricity sector by 2050.

The initiative is laid out in three parts:

1. 100% Clean Energy by 2050. This standard would require all electric utilities in Minnesota to use only carbon-free energy resources by 2050, while allowing each utility the flexibility to choose how and at what pace it meets the standard. The proposal includes provisions to assist workers and communities affected by the transition, and it prioritizes local jobs and prevailing wages for large new clean energy projects.

2. Clean Energy First. This regulatory policy would require that whenever a utility proposes to replace or add new power generation, it must prioritize energy efficiency and clean energy resources over fossil fuels. This policy would allow for fossil-fuel-based power only if needed to ensure reliable, affordable electricity.

3. Energy Optimization. This proposal would raise Minnesota’s Energy Efficiency Resource Standard for investor-owned electric utilities and expand the Conservation Improvement Program, which helps Minnesota households and businesses save on their utility bills by using energy more efficiently. It would also encourage utilities to develop new programs to help consumers and businesses switch to more efficient, cleaner energy. In addition, it would target more energy-saving assistance for low-income households.

“Climate change is an existential threat,” says Walz, who took office in January. “We must take immediate action. If Washington won’t lead, Minnesota will. That is why I am proud to announce a set of policy proposals that will lead Minnesota to 100 percent clean energy in the state’s electricity sector by 2050. These proposals would put us at the forefront of addressing climate change. Minnesota will pioneer the green energy economy – creating jobs while protecting our planet for generations to come.”

“We must take immediate action to protect our planet for future generations,” adds Flanagan. “We need to stop burning fossil fuels because it pollutes our environment; it’s changing our climate for the worse, and it’s no longer economical. This plan sets a clear date and destination for Minnesota’s clean energy journey, along with the pathway to get us there. Minnesota should be a state that continues to lead on this, and we know we can.”

According to the Walz administration, these policies build on the success of Minnesota’s Next Generation Energy Act, passed in 2007. The law requires utilities to get at least 25% of their electricity from renewable energy sources by 2025. Minnesota has already effectively achieved that standard: By the end of 2017, 25% of the electricity generated in Minnesota came from renewable sources, such as wind and solar. Meanwhile, electricity produced in the state from coal declined to 39% in 2017 from 59% in 2007.

Notably, Xcel Energy, Minnesota’s largest utility, has already publicly committed to generate 100% of its electricity from carbon-free sources by 2050.

“Now is the time for us to move forward with a just and equitable transition to 100 percent clean energy for all Minnesotans, starting with the way we generate electricity,” comments Margaret Levin, director of the Sierra Club’s North Star Chapter. “Today we are cheering Governor Walz and Lieutenant Governor Flanagan’s bold leadership in setting a clear vision and urgent first steps to protect our climate, increase local family-supporting jobs, and ensure this transition benefits all communities and families across the state.”