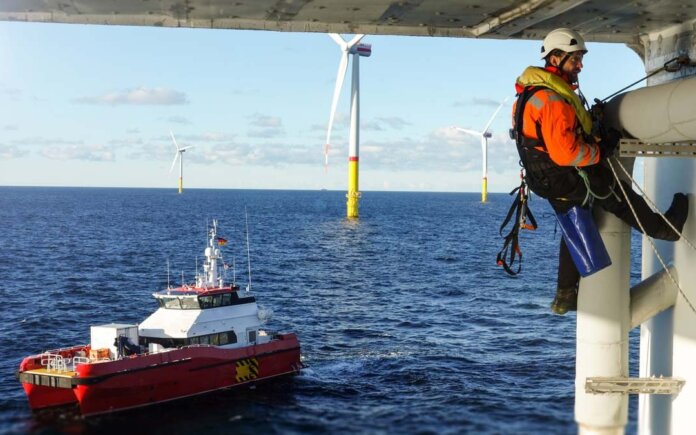 “Mayflower Wind is looking forward to delivering low-cost renewable energy to residents and businesses throughout Massachusetts,” states Michael Brown, CEO of Mayflower Wind. “And we are committed to investing in our local communities and being an engine for economic and workforce development.”

The win is accompanied by an economic development package that includes commitments to spend up to $42.3 million, including $27 million over 10 years to the SouthCoast Community Foundation. The total package will support the building of the offshore wind supply chain; provide for education and training of an offshore wind workforce; make significant investments in local ports, businesses and infrastructure; and offer diversity, equity and inclusion measures that include the hiring of specialized firms and support for low-income electric consumers, among other measures. Mayflower Wind also recently announced that it signed an agreement with Gladding-Hearn to design and build a crew transfer vessel.

Subject to future investment decision, the company will construct wind turbines in federal waters far out in the Atlantic Ocean. When operational in the mid-2020s, the first 804 MW of the project will produce enough electricity to power nearly half a million homes annually. When fully built out, Mayflower Wind estimates the project will eliminate up to 4 million metric tons of greenhouse gases being released into the atmosphere each year.

Mayflower Wind, a 50/50 joint venture between Shell New Energies US LLC and Ocean Winds, is developing an offshore wind lease area with the potential to supply over 2,000 MW of clean energy to electricity customers in New England.