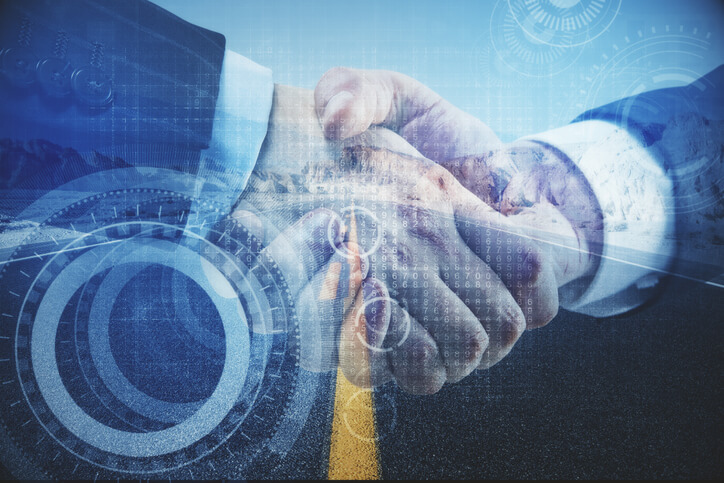 Mesa Canyons and Western Spirit, both in advanced stages of development, are expected to begin construction next year and have a targeted in-service date of 2020. Mesa Canyons is a 1 GW wind development located in Lincoln County on approximately 125,000 acres of privately owned land. It will interconnect to the approximately 140-mile Western Spirit, a 345 kV AC transmission development beginning near the wind farm and running northwest through five counties to the western side of Albuquerque, where it will interconnect with Public Service Co. of New Mexico’s transmission system.

“New Mexico is home to one of the strongest wind resources in the country, and Pattern Development is committed to developing and constructing these new projects as excellent additions to our portfolio, expanding our investment in this enchanting state,” comments Mike Garland, CEO of Pattern Development.

Michael Skelly, president of Clean Line Energy Partners, adds, “We have worked to bring the Western Spirit Transmission Line and the Mesa Canyons Wind Farm to advanced stages of development in New Mexico and are very pleased that Pattern Development will now take both projects over the finish line.”

Notably, the addition of Mesa Canyons will bring Pattern Development’s wind development footprint in the Estancia Valley of New Mexico to more than 3 GW. Other projects include the 324 MW Broadview Wind facilities and the 345 kV AC Western Interconnect Transmission facility, both of which were placed into service in 2017, as well as the 221 MW Grady Wind facility, which will commence construction this summer.

“New Mexico is leading the way in producing wind power and will continue to be at the forefront of America’s clean energy success story,” says U.S. Sen. Martin Heinrich, D-N.M., a major proponent of New Mexico wind energy and transmission development. “With Pattern Development’s acquisition of the Western Spirit Transmission Line and the Mesa Canyons Wind Farm, we are one step closer to being able to access and export our state’s vast renewable energy resources to major energy markets. These projects will spur job creation in rural New Mexico and generate billions of dollars in economic impact. We need to seize these opportunities to diversify our economy and chart a course for a more prosperous future for New Mexico.”

Pattern Development, the sole owner and developer of Mesa Canyons, will continue to co-develop Western Spirit with the New Mexico Renewable Energy Transmission Authority (RETA), which had been working with Clean Line Energy Partners for several years to bring the project to an advanced stage of development.

“RETA continues to see development opportunities for renewable resources in New Mexico, and we are pleased to have a new capable partner to ensure this project comes to fruition,” says Bob Busch, chairman of RETA.

The announcement was made at the Estancia Valley Economic Development Association’s (EVEDA) annual meeting in Edgewood, N.M.

“EVEDA has worked for the past 20 years to successfully bring viable renewable energy and transmission projects into our region,” says Myra Pancrazio, EVEDA’s director. “We are ecstatic that Pattern Development has selected central New Mexico to further their existing New Mexico pipeline and will also be continuing the development of the Western Spirit Transmission Line and Mesa Canyons Wind Farm. Our partnership with Pattern Development has been strong and productive, and we look forward to assisting the team in their development of these newly acquired projects.”

Pattern notes that both Western Spirit and Mesa Canyons enjoy the ongoing support of the New Mexico State Land Office, which anticipates bringing more than 11,000 acres of State Trust Lands to the Mesa Canyons. Commissioner Aubrey Dunn says, “This is exactly the type of public-private partnership that will bring much needed investment to New Mexico. We welcome Pattern Development, and we believe that wind will be an important part of our state’s energy mix for the future.”

The state will collect revenue from its leases with both Mesa Canyons and Western Spirit – directly benefiting New Mexico schools. 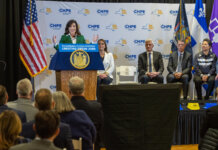