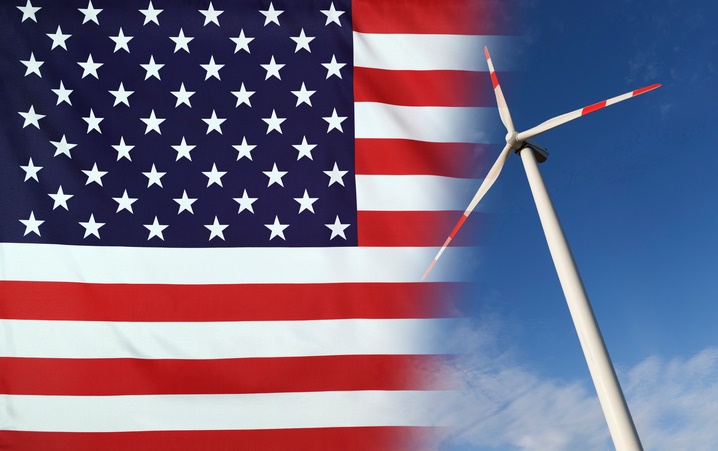 Complementing a companion bill from Sen. John Cornyn, R-Texas, Collins has rolled out the “Protection of Military Airfields from Wind Turbine Encroachment Act.” According to a press release from the congressman, the legislation would mandate that any new wind projects being built “within a 40-mile radius of a military installation” are not eligible for production tax credits.

According to Collins, Apex’s 200 MW Lighthouse Wind project – which the company expects to be completed in 2019 – could threaten the future of the nearby Niagara Falls Air Reserve Station, which “employs over 2,600 people and contributes over $200 million a year to western New York’s economy,” he says.

In a statement to North American Windpower, Apex explains that it has been diligently working with the U.S. Department of Defense (DoD) “to ensure [its] wind energy facilities do not adversely impact military missions.”

“Related to Lighthouse Wind, we have been consulting with the Department of Defense and Niagara Falls Air Force Reserve Station regularly to ensure that any concerns regarding the base’s operations are resolved before the project is built,” Apex says, adding that the project would be situated more than 25 miles from the military base.

The developer says it has even received a letter from the DoD Siting Clearinghouse in which the agency confirmed that Lighthouse Wind is “unlikely to impact military testing or training operations in the area.” Thus, Apex believes it is “appropriate to trust the expertise of the DoD Siting Clearinghouse, as well as that of local military experts and advisors, to assess the potential risk of wind energy projects to their own bases.”

However, Dan Engert, town supervisor for Somerset, N.Y., claims that the DoD has been “increasingly engaged to express either reservations or objections to potential wind projects across the country on the basis of military readiness issues and conflicts with military radar systems,” he explains in a press release.

“The Lighthouse Wind project in Somerset is very poorly sited for a number of reasons, and I do not think it’s in our government’s best interest to expand wind energy at the expense of military readiness,” Engert says.

The congressman, who adds that he will “do everything in [his] power to ensure the viability of the Niagara Falls Air Reserve Station,” notes that the U.S.’ military installations are “crucial to the security of our nation.”

“This legislation ensures that military installations like the Niagara Falls Air Reserve Station can fully operate without potential interference from wind turbines, some of which can be as tall as 600 feet,” he contends.

However, Apex says it has not yet chosen the turbines for the project, which is still in a pre-application phase. In addition, the developer points out that structures standing more than 200 feet tall in the U.S. are “required to undertake a rigorous system of review by the DOD and FAA” before construction can commence.

“When this final [project] proposal is made, the DoD and [Federal Aviation Administration] will have the chance to weigh in again with their approvals through these review systems,” Apex adds.

Voicing support for Collins’ proposed bill, Pamela Atwater, president of Save Ontario Shores, says in a statement that her group “pledges its full support” for the bill and “look[s] forward to its enactment.”

“We are grateful to Congressman Collins for taking the initiative to propose legislation that will work to protect the future of our air base and the thousands of families and workers who rely on its continued operation,” says Atwater.

However, Apex maintains that the DOD does, indeed, know what it’s doing: “We believe our professional national security experts are doing their duty and acting in the best interest of our nation, the communities in which they operate, and our armed forces.” 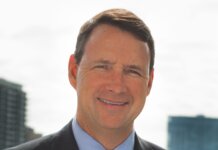 I loved this:
“The congressman, who adds that he will “do everything in [his] power to ensure the viability of the Niagara Falls Air Reserve Station,” notes that the U.S.’ military installations are “crucial to the security of our nation.”

Looking at a map, I wonder who or what could attack the air base – it is 400 miles away from the nearest coastline – ah now I know – it’s those pesky injuns – got to keep military readiness just in case they rise up, again.

A 40 mile radius extends from Niagra all the way to Toronto and includes hundreds of previously FAA-approved wind turbine installations. See for yourself by inputting 43′ 11″ N & 78′ 50″ into this link:
https://oeaaa.faa.gov/oeaaa/external/gisTools/gisAction.jsp

Under current FAA regulations, a structure is approved if its height is less than 1′ for every 100 ft away from the runway. To put that another way, present FAA guidelines allow a wind turbine to be built no closer than 0.76 miles. This proposed law increases that distance to 40 miles, an arbitrary 5200% increase!

I live near a military base that has a wind farm on it. I’m pretty sure it’s not the only one. So apparently the military has been able to work out with itself any concerns about the placement of turbines, etc.