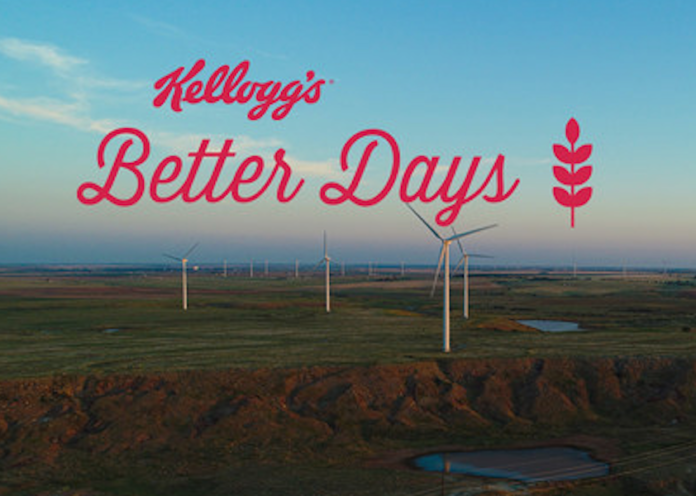 Through a 100 MW virtual power purchase agreement (VPPA), Enel will sell to Kellogg Co. a 360 GWh portion of the electricity delivered to the grid annually from the wind project, which is equal to 50% of the volume of electricity used across Kellogg’s North American manufacturing facilities. Located in Throckmorton County, Texas, the 350 MW wind farm paired with approximately 137 MW of battery storage will be Enel’s third hybrid project in the U.S. that integrates a renewable energy plant with utility-scale battery storage.

“As our first large-scale project to pair wind and storage – and our largest hybrid plant globally – Azure demonstrates Enel’s continued commitment to the renewable transition,” says Salvatore Bernabei, CEO of Enel Green Power. “This transition is supported and accelerated by commercial customers, like Kellogg Co., who are placing sustainability at the core of their business.”

Under the terms of the VPPA, Kellogg will purchase approximately 360 GWh of electricity annually from Enel, contributing to the plant-based food company’s collective efforts to achieve over 50% renewable energy and reach 50% of its Better Days commitment to reduce its Scope 1 and 2 greenhouse gas emissions by 65%.

The 79 wind turbines at the Azure Sky project are expected to generate over 1,300 GWh each year, which will be delivered to the grid and will charge the battery located in the same facility. The battery storage system will be capable of storing the power generated by the wind turbines, while also providing services to enhance grid flexibility. At around 137 MW, the system will be one of the largest battery storage facilities in the world.