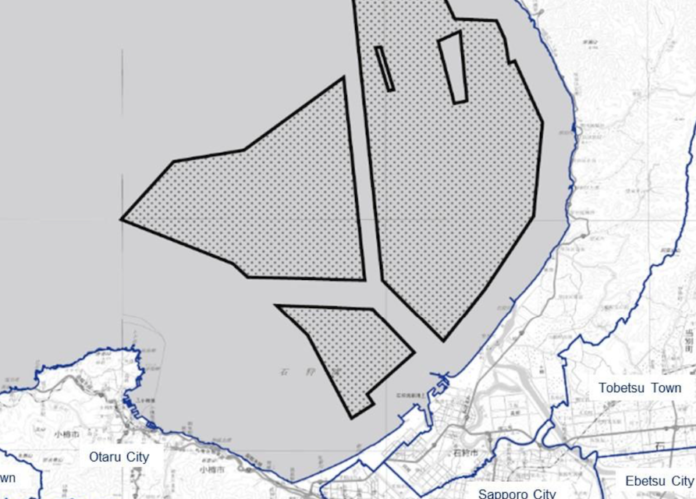 JERA Co. Inc. is planning to construct an offshore wind farm off of the Ishikari Bay in Hokkaido, Japan, and has submitted its Planning Phase Environmental Impact Statement for the Ishikari Bay Offshore Wind Farm Construction Project to the Minister of Economy, Trade, and Industry.

The statement summarizes the results of deliberations regarding issues for which environmental conservation should be considered at the project planning stage. The statement will be posted on JERA’s website and made available for public review later this month.

JERA believes Ishikari Bay is suitable for the development of bottom-fixed offshore wind power generation due to its favorable wind conditions, shallow seabed and the spare capacity of the nearby power grid.

The planned offshore wind power generation project will be located at least 2.5 km offshore from the cities of Ishikari and Otaru and will include as many as 65 wind turbines with a maximum generation capacity of 520 MW. To mitigate the impact on the power system of fluctuations in wind power generation output, the project includes the installation of an energy storage system.

JERA has participated in offshore wind projects in the U.K. and Taiwan. The company will apply their experiences and expertise in the construction and operation of such large-scale offshore wind projects to the current project. JERA will move the project forward under the guidance of the Ministry of Economy, Trade, and Industry, and other related authorities.